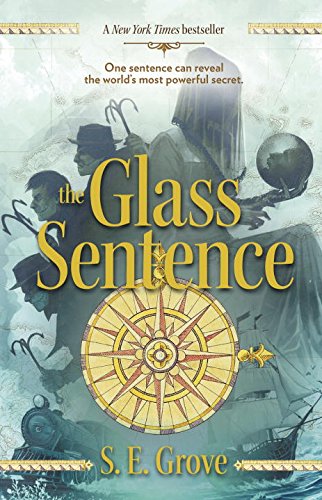 S.E. Grove - The Glass Sentence - Published by Viking Books for Young Readers (June 12, 2014)
Boston, 1891. Sophia Tims comes from a family of explorers and cartologers who, for generations, have been traveling and mapping the New World—a world changed by the Great Disruption of 1799, when all the continents were flung into different time periods.  Eight years ago, her parents left her with her uncle Shadrack, the foremost cartologer in Boston, and went on an urgent mission. They never returned. Life with her brilliant, absent-minded, adored uncle has taught Sophia to take care of herself.Then Shadrack is kidnapped. And Sophia, who has rarely been outside of Boston, is the only one who can search for him. Together with Theo, a refugee from the West, she travels over rough terrain and uncharted ocean, encounters pirates and traders, and relies on a combination of Shadrack’s maps, common sense, and her own slantwise powers of observation. But even as Sophia and Theo try to save Shadrack’s life, they are in danger of losing their own. 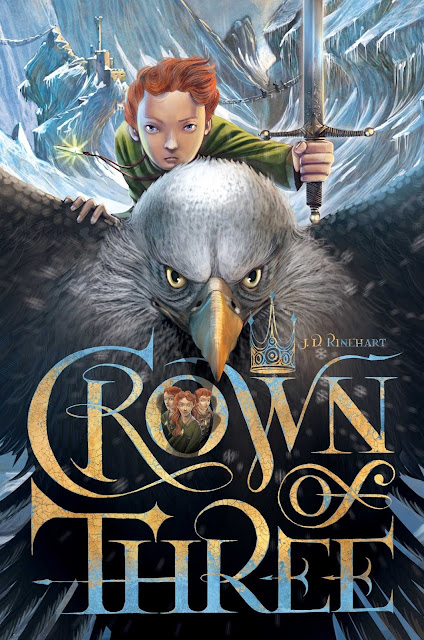 J. D. Rinehart - Crown of Three - Published by Aladdin (June 2, 2015)
Family secrets combine with fantasy in this epic tale of battle, magic, strange creature's, power, and fate—a Game of Thrones for a younger audience.Toronia, a kingdom composed of three realms, is wracked with civil war. King Brutan rules with an iron fist. Cruelty and suffering abound. The kingdom’s only hope comes in the form of Brutan’s illegitimate triplets, prophesied to kill the king and rule together in peace. But the road to the throne is long and bloody. Separated at birth and scattered throughout the realms, the triplets face a desperate fight to secure their destiny. Will they survive long enough to rule? 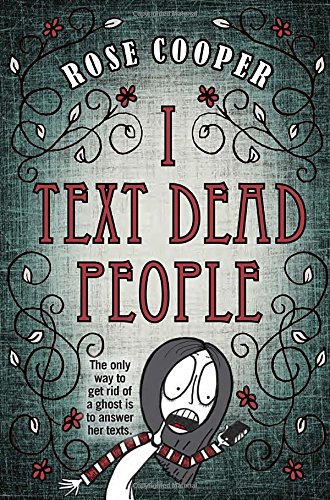 Annabel Craven hopes she’ll fit in—maybe even be popular—at the Academy. She’s worried she’ll stay friendless and phoneless (it’s true). But when she finds a mysterious phone in the woods near the cemetery, one of her problems is solved . . . and another one is just beginning. Someone won’t stop texting her. And that someone seems . . . dead. How is Annabel supposed to make friends when her phone keeps blowing up with messages from the afterlife? And what will happen if she doesn't text back? 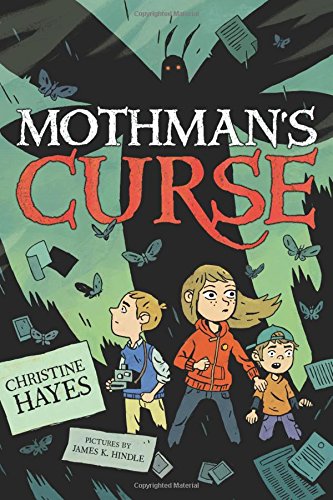 Christine Hayes - Mothman's Curse - Published by Roaring Brook Press (June 16, 2015)
When Josie and her brothers uncover a haunted camera, the Mothman legend becomes a terrifying reality that threatens their entire town in this spooky and action-filled novel.
Josie may live in the most haunted town in America, but the only strange thing she ever sees is the parade of oddball customers that comes through her family's auction house each week. But when she and her brothers discover a Polaroid camera that prints pictures of the ghost of local recluse John Goodrich, they are drawn into a mystery dating back over a hundred years. A desperate spirit, cursed jewelry, natural disasters, and the horrible specter of Mothman all weave in and out of the puzzle that Josie must solve to break the curse and save her own life.

Wonderful picks. I have them all on my list and hopefully can buy them all very soon.

You have great taste :) Thanks for your comment, hope you are good?