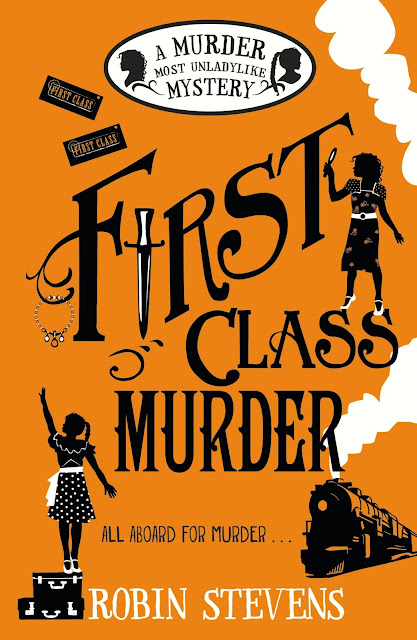 Robin Stevens - First Class Murder: A Murder Most Unladylike Mystery - Published by Corgi Children's (30 July 2015)
This book is from the author of Murder Most Unladylike. Daisy Wells and Hazel Wong are taking a holiday on the world-famous Orient Express. From the moment the girls step aboard, it's clear that each of their fellow first-class passengers has something to hide. Even more intriguing: rumour has it that there is a spy in their midst. Then, during dinner, there is a scream from inside one of the cabins. When the door is broken down, a passenger is found murdered, her stunning ruby necklace gone. But the killer is nowhere to be seen - as if they had vanished into thin air. Daisy and Hazel are faced with their first ever locked-room mystery - and with competition from several other sleuths, who are just as determined to crack the case. 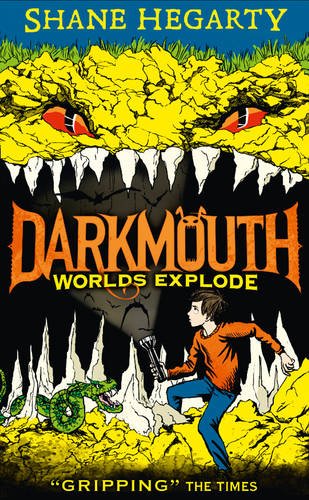 The second book in the monstrously funny and action-packed new series: Darkmouth. It’s going to be legendary. The adventures of the most unfortunate Legend Hunter ever to don fighting armour and pick up a Dessicator continue…
On a list of things Finn never thought he'd wish for, a gateway bursting open in Darkmouth was right up there. But that's about his only hope for finding his missing father. He's searched for a map, he's followed Steve into dead ends, but found nothing. And he's still got homework to do.
But soon Finn and Emmie must face bizarre Legends, a ravenous world and a face from the past as they go where no Legend Hunter has gone before. Or, at least, where no legend Hunter has gone before and returned with their limbs in the correct order. 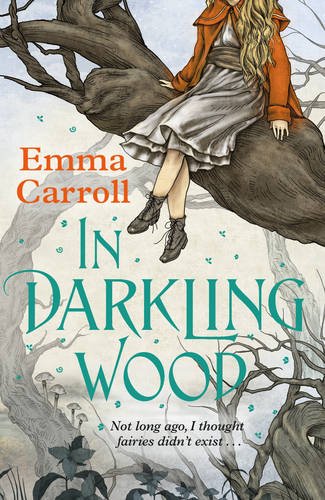 Emma Carroll - In Darkling Wood - Published by Faber & Faber (2 July 2015)
'You're telling me there are fairies in this wood?'
When Alice's brother gets a longed-for chance for a heart transplant, Alice is suddenly bundled off to her estranged grandmother's house. There's nothing good about staying with Nell, except for the beautiful Darkling Wood at the end of her garden - but Nell wants to have it cut down. Alice feels at home there, at peace, and even finds a friend, Flo. But Flo doesn't seem to go to the local school and no one in town has heard of a girl with that name. When Flo shows Alice the surprising secrets of Darkling Wood, Alice starts to wonder, what is real? And can she find out in time to save the wood from destruction? 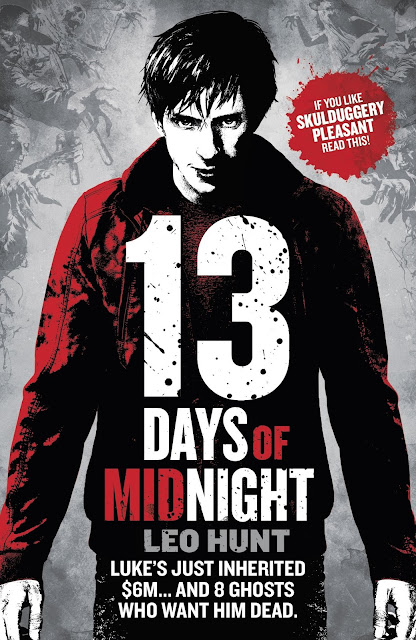 Leo Hunt - 13 Days of Midnight - Published by Orchard Books (2 July 2015)
When Luke Manchett's estranged father dies suddenly, he leaves his son a dark inheritance. Luke has been left in charge of his father's ghost collection: eight restless spirits. They want revenge for their long enslavement, and in the absence of the father, they're more than happy to take his son. It isn't fair, but you try and reason with the vengeful dead.
Halloween, the night when the ghosts reach the height of their power, is fast approaching. With the help of school witchlet Elza Moss, and his cowardly dog Ham, Luke has just thirteen days to uncover the closely guarded secrets of black magic, and send the unquiet spirits to their eternal rest. The alternative doesn't bear thinking about.
By Mr Ripley's Enchanted Books on June 11, 2015