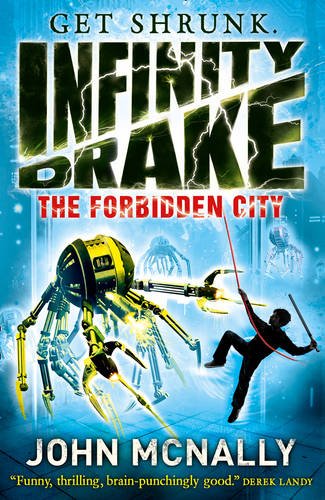 John McNally - The Forbidden City (Infinity Drake, Book 2) - Published by HarperCollins Children's Books (4 Jun. 2015)
Get shrunk! Humour and high-stakes combine in the action-packed Infinity Drake series. A BIG adventure with a tiny hero!
Infinity Drake – Finn for short – is still… well… short.
Only 9mm tall, in fact. But before Uncle Al can figure out how to return him to his normal size, another threat materialises that sends the gang to the other side of the world.
After stealing Al’s shrinking device, evil villain, Kaparis, has devised a crazy, ruthless plan: to create an army of self-replicating nano-bots – a hardware virus that will spread from the massive computer factories south of Shanghai, giving him total control of global technology and communications.
Once again Finn is thrown into the action and finds himself on an impossible mission and a race against time: to save himself and the stop the bot infection… before it conquers mankind, one screen at a time… 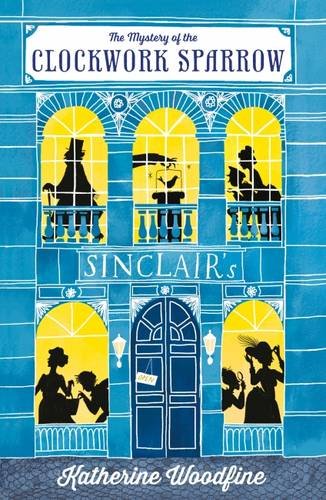 Katherine Woodfine - The Mystery of the Clockwork Sparrow
Published by Egmont (4 Jun. 2015)
You are cordially invited to attend the Grand Opening of Sinclair’s department store!
Enter a world of bonbons, hats, perfumes and MYSTERIES around every corner. WONDER at the daring theft of the priceless CLOCKWORK SPARROW! TREMBLE as the most DASTARDLY criminals in London enact their wicked plans! GASP as our bold heroines, Miss Sophie Taylor and Miss Lilian Rose, CRACK CODES, DEVOUR ICED BUNS and vow to bring the villains to justice… 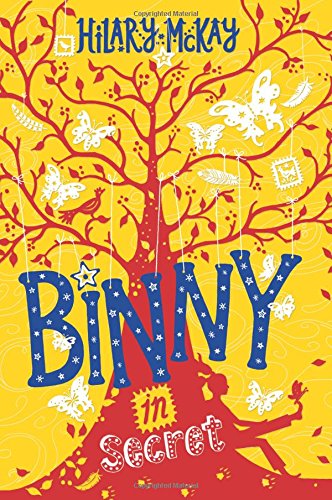 Hilary McKay - Binny in Secret - Published by Hodder Children's Books (4 Jun. 2015)
With her awful secondhand uniform and stuck-up classmates, Binny's new school is horrible. And life gets even worse when a storm damages the roof of her house, forcing Binny and her family to move to the countryside whilst it's being fixed. Binny, her sensible older sister Clem, and her rambunctious brother James (and his chickens) begin adjusting to life in the country. Then one of James's beloved chickens vanishes and Binny finds strange footprints in the mud. What kind of creature is lurking in the undergrowth? 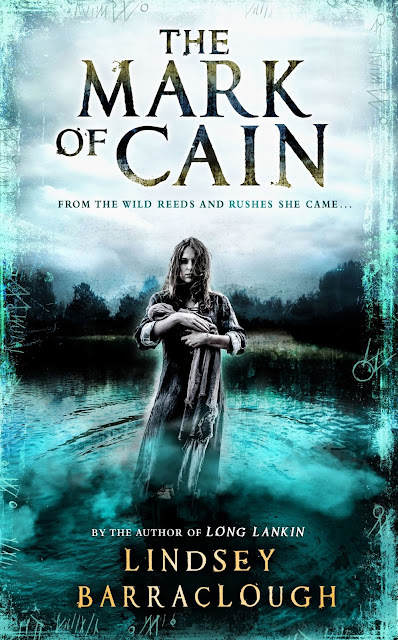 Lindsey Barraclough - The Mark of Cain - Published by Corgi Children's (4 Jun. 2015)
1567. Aphra is not a normal child. Found abandoned as a baby among the reeds and rushes, the two outcast witches who raise her in their isolated cottage are never sure if she was born, or just pushed up through the foul, black mud for them to find. Little Aphra's gifts in the dark craft are clear, even as an infant, but soon even her guardians begin to fear her. When a violent fire destroys their home, Aphra is left to fend for herself. Years of begging and stealing make her strong, but they also make her bitter, for she is shunned and feared by everyone she meets. Until she reaches Bryers Guerdon and meets the man they call Long Lankin - the leper. Ostracized and tormented, he is the only person willing to help her. And together, they plot their revenge. 1962 Four years have passed since the death of Ida Guerdon, and Cora is back in Bryers Guerdon in the manor house her aunt left to her. It is a cold, bitter winter, and the horrifying events of that sweltering summer in 1958 seem long past. Until Cora's father arranges for some restoration work to take place at Guerdon Hall, and it seems that something hidden there long ago has been disturbed. The spirit of Aphra Rushes - intent on finishing what she began, four centuries ago.
By Mr Ripley's Enchanted Books on June 02, 2015