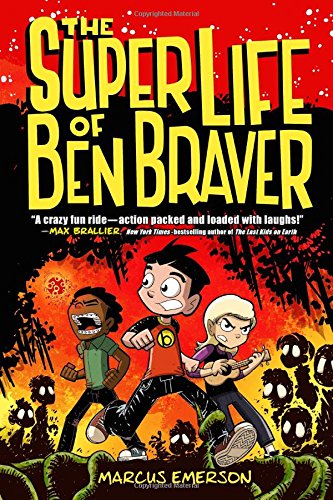 Packed with black-and-white art and comic strips throughout, The Super Life of Ben Braver is the first book in a hilarious adventure series about the greatness that lies within any middle schooler who dreams big from Marcus Emerson, the author of the smash hit Diary of a 6th Grade Ninja series.
Ben Braver is an ordinary kid. All he wants to do is finish his summer watching awesome TV shows and eating his favorite candy. But when some kid screams for help, Ben, like his favorite comic book heroes, tries to save the day. Let's just say it ends badly. But it does lead him to a secret school where kids with super abilities learn to control thier powers. Ben's never had any powers―and never thought he could be special. So when he's offered a spot at the school, Ben realizes this is his. 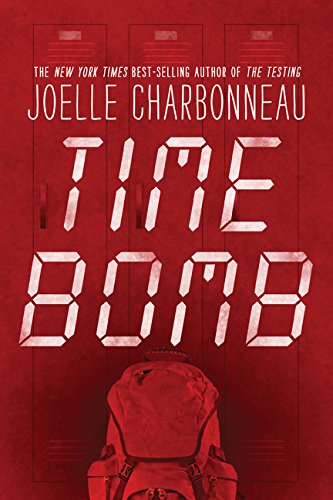 Seven students trapped in their school after a bomb goes off must fight to survive while also discovering who among them is the bomber in this provocative new thriller from the author of the New York Times bestselling Testing Trilogy. Perfect for fans of This Is Where It Ends.

A congressman's daughter who has to be perfect. A star quarterback with a secret. A guy who's tired of being ignored. A clarinet player who's done trying to fit in. An orphaned rebel who wants to teach someone a lesson. A guy who wants people to see him, not his religion.

They couldn't be more different, but before the morning's over, they'll all be trapped in a school that's been rocked by a bombing. When they hear that someone inside is the bomber, they'll also be looking to one another for answers.

Told from multiple perspectives, Time Bomb will keep readers guessing about who the bomber could be—and what motivated such drastic action. 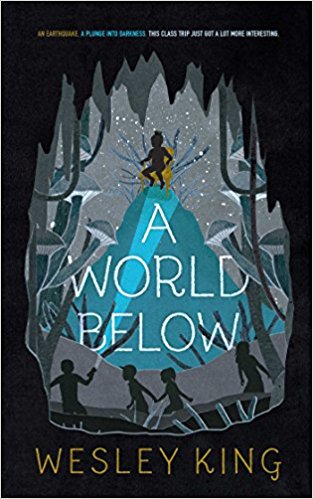 Mr. Baker’s eighth grade class thought they were in for a normal field trip to Carlsbad Caverns in New Mexico. But when an earthquake hits, their field trip takes a terrifying turn. The students are plunged into an underground lake…and their teacher goes missing.

They have no choice but to try and make their way back above ground, even though no one can agree on the best course of action. The darkness brings out everyone’s true self. Supplies dwindle and tensions mount. Pretty and popular Silvia does everything she can to hide her panic attacks, even as she tries to step up and be a leader. But the longer she’s underground, the more frequent and debilitating they become. Meanwhile, Eric has always been a social no one, preferring to sit at the back of the class and spend evenings alone. Now, he finds himself separated from his class, totally by himself underground. That is, until he meets an unexpected stranger.

Told from three different points of view, this fast-paced adventure novel explores how group dynamics change under dire circumstances. Do the students of Mr. Baker’s class really know each other at all? Or do they just think they do? It turns out, it’s hard to hide in the dark. 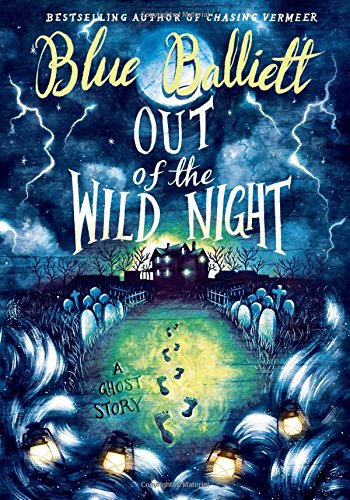 Out of the Wild Night is master storyteller Blue Balliett at her spooky best, a spellbinding tale about the haunted residents of a very special place.

Ghosts are alive on the island of Nantucket. You can hear them in the wind and in the creaks of the old homes. They want to be remembered. And, even more, they want to protect what was once theirs.

The ghosts have chosen a few local kids to save the island against the adults who would do it harm. But the kids can't be sure how the ghosts are going to act. Things tend to disappear when ghosts are around. People tend to get trapped - especially if they're up to no good. Only the kids can make things right . . . if the ghosts will let them.