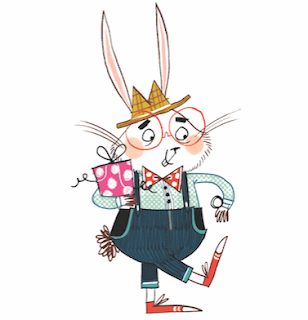 Becka Moor grew up in Manchester where she still lives, above a little cafe in her home office filled with inspiration and coffee stains.
She graduated in 2012 with an honours degree in Illustration for Children’s Publishing from Glyndwr University in North Wales. It was there that her passion for children’s books really took flight.
Becka has always been fascinated by the way illustration and narrative work together, and she loves working with a new text, figuring out how to make the most of a humorous situation for example, and exploring different character ideas.
Website: http://www.beckamoor.com
Twitter: @BeckaMoor
Instagram: https://www.instagram.com/becka.moor.illustration/ 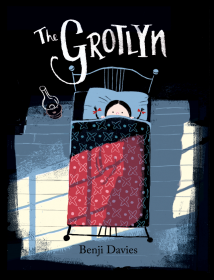 Benji Davies is an illustrator, author and, animation director. His first self-penned picture book The Storm Whale won the inaugural Oscar’s Book Prize and was Dutch Picture Book Of The Year 2017. His second, Grandad’s Island won the children’s book category of the AOI World Illustration Awards 2015 and was crowned Best Picture Book and overall Children’s Book of the Year at the Sainsbury’s Children’s Book Awards 2015.
Benji studied animation at university and has since worked on a diverse array of projects, from picture books and animated short films to music videos, commercials and, title sequences. His books have been co-editioned in many languages and countries around the world.
Website: http://www.benjidavies.com/
Twitter: @Benji_Davies
Instagram: https://www.instagram.com/benjidavies/ 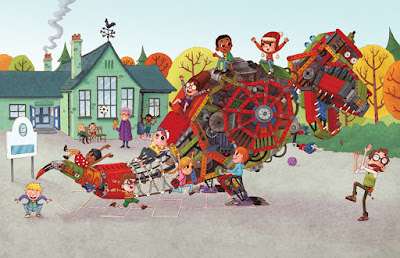 Ben Mantle was born in Leamington Spa in 1980, and developed a very early interest in things artistic, designing programme covers for school productions and even coming first in his local library colouring-in competition. From there he went on to study animation at Surrey Institute of Art & Design, graduating in 2003.. He then gained valuable experience working on Tim Burton's “Corpse Bride” before moving to Brighton to work as 'Head of Animation' in a media company, focusing on Character and Background design.He was also part of the Animation team creating the BAFTA winning 'Big and Small' CBeebies website. Since 2008, Ben has been working as a Children's Book Illustrator from his shared studio in Brighton and he also produces screen prints and digital artwork to exhibit. He illustrated 'Callum's Incredible Construction Kit' which won the Bishop's Stortford Picture Book prize 2013. 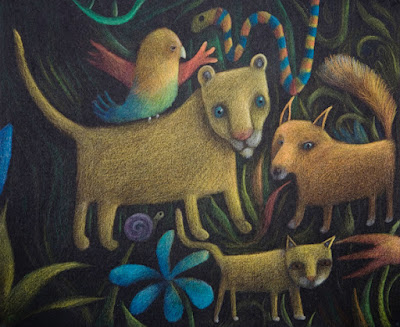 Caroline Uff was born in 1967 in Hong Kong. Whilst still very young she moved back to England with her family. For a few years, she lived in a shed in Shropshire. As a young child, she enjoyed pushing a trolley full of coloured bricks around the garden and eating coal, whilst sporting a Beatles haircut and a tartan mini skirt. Later we moved to Yorkshire in the north of England.
I have always loved drawing and making things from old cereal boxes and sellotape. Although sadly never reaching the dizzy heights of winning a Blue Peter badge I persevered with my artistic studies at Local schools before taking my degree at Edinburgh College Of Art. I thought of becoming a graphic designer but soon realized that illustration allowed me more freedom and enjoyment.
Website: http://www.carolineuff.com/carolineuff/about-2/ 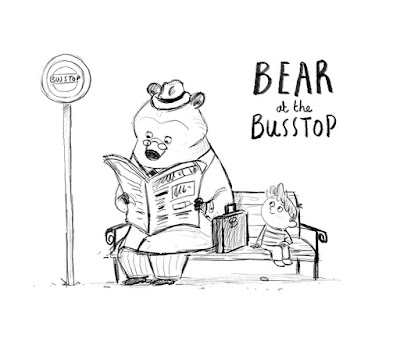 Chris Chatterton is an author and illustrator from County Durham, England. He has a background in graphic design and corporate /commercial animation. His passion for illustration has led him to pursue a career as a freelance artist working for a wide array of clients.  Chris loves all things creative and geeky.
Website: http://www.chrischatterton.com/
Twitter: @ChrisChatterton
Instagram: https://www.instagram.com/chatterton1/ 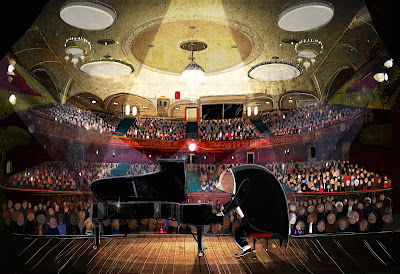 David Litchfield is an illustrator from Bedfordshire in the U.K. He is represented by The Bright Agency. David first started to draw when he was very young, creating Star Wars and Indiana Jones ‘mash up’ comics for his older brother and sister. Since then David’s work has appeared in magazines, newspapers, books and on T-shirts. He has also exhibited his illustrations in both solo and group shows in the U.K, Europe, America.
David’s award-winning first author/illustrator picture book ‘The Bear & The Piano’ and it’s follow up  ‘Grandad’s Secret Giant’ are out now.
Website: http://www.davidlitchfieldillustration.com
Twitter: @dc_litchfield
Instagram: https://www.instagram.com/david_c_litchfield/ 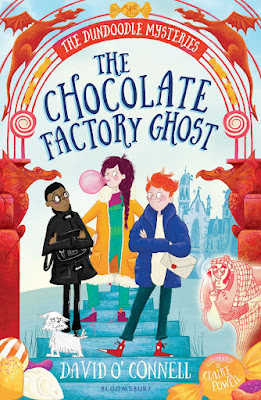 David O’Connell is a writer and illustrator living in London, UK. He works mostly in children’s books, particularly humorous picture books and young fiction.
His first book was Monster & Chips, the first of a series of funny (and revolting) adventures of ‘hooman’ Joe Shoe whilst working at the Monster Diner of friendly monster Fuzzby Bixington.
He then collaborated with the brilliant Sarah McIntyre on the picture book Jampires, inspired by a comic they improvised together – a comic ‘jam’! After completing illustrating the Creature Teacher series by writer Sam Watkins, he worked with illustrator Francesca Gambatesa on a series of picture books all about families, as well as illustrating Boyband of the Apocalypse books for funny writer Tom Nicoll.
His latest series is the Dundoodle Mysteries, tales of spooky adventure in the strange little town of Dundoodle, illustrated by Claire Powell.
Website: http://davidoconnell.uk 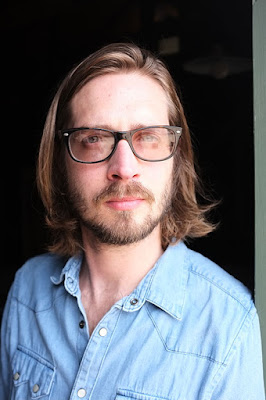 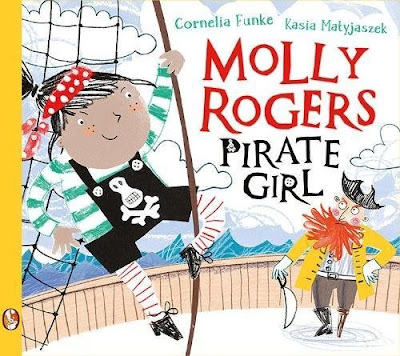 Kasia Matyjaszek is a freelance illustrator, living and working in Edinburgh, UK. She graduated with a Masters degree in illustration from Edinburgh College of Art in 2010. A picture book I created for my final degree show was highly commended in the Macmillan Book Prize. In 2013 she took part in the Picture books scheme and together with other finalists exhibited my work in The Scottish National Gallery. In 2015 her picture book was highly commended in Clairvoyants international competition.I worked on various picture book projects and exhibited my work in Britain, Poland and Italy. 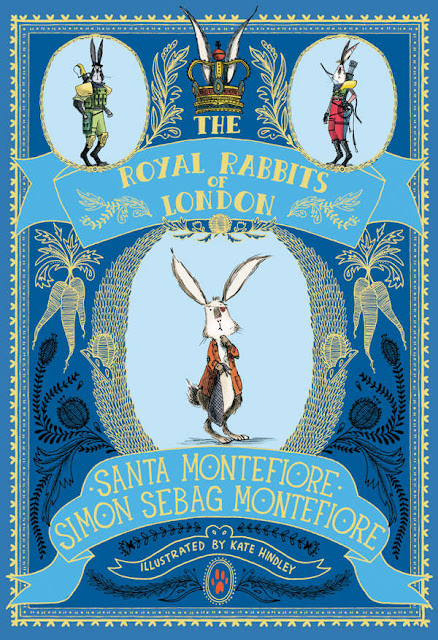 Kate Hindley is a children's book illustrator living and working in Birmingham, UK.She worked as a Print Designer at a Northamptonshire based design company before she got her first book deal with Simon and Schuster back in 2011, illustrating Claire Freedman's "The Great Snortle Hunt".Since then she has worked on picture books and fiction with publishers including Walker Books, Simon and Schuster, Bloomsbury, Candlewick, and Usborne. 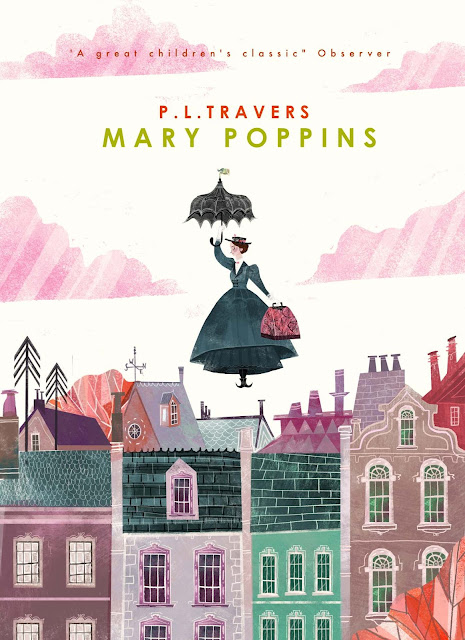 Karl James Mountford is an Illustrator, born in Germany and brought up in the U.K. Karl graduated in 2013 at Swansea Met Uni with a Masters degree in Illustration and Visual communication. Karl works in both traditional and digital mediums. He loves Illustration full heartedly, from picture books, writing stories, screen printing, contemporary design. His style of illustration is 'visually edible', sometimes witty, sometimes odd but always full of gusto. 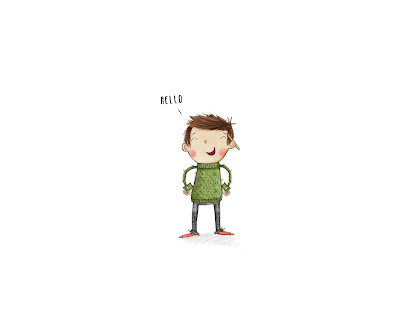 Mark A Chambers is an illustrator and author of children's picture books and young fiction. He studied illustration at university and has since been represented by the London and New York Illustration agency, Bright Group International. Mark was shortlisted for the Roald Dahl Funny Prize in 2013 with Noisy Bottoms and Pigeon Poo written by Elizabeth Baguley won the Sheffield Children's Picture Book Prize in the same year. My Hamster is a Genius written by Dave Lowe was also Highly Commended. 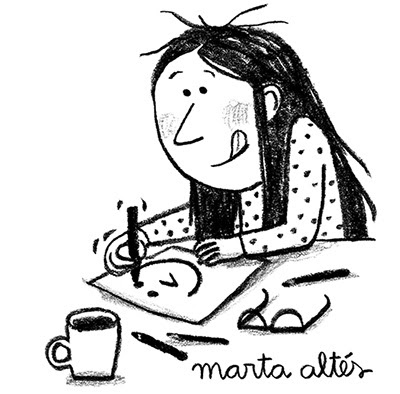 Marta Altés studied graphic design in Barcelona and after working there as a graphic designer for almost five years. I decided to pursue my interest for illustration that I had since I was a child. I moved to England and I joined

the MA in Children’s Book Illustration at the Cambridge School of Art. Now, after finishing the course, I think it was the BEST decision I have ever made. Since I graduated, I'm working as an illustrator in London and it makes me feel so lucky and happy.In 2012 I started working as a part time lecturer in the MA in Children's Book Illustration at the Cambridge School of Art.I always try to have a positive and funny vision about life and to get a smile from who is looking at my drawings or reading my stories is what I like the most about illustration. 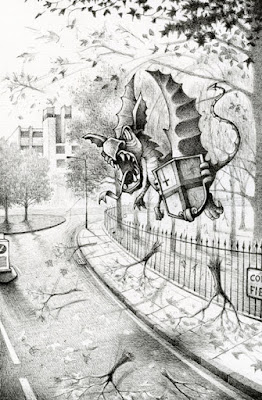 Nick Tankard is an Illustrator working from his studio in the world heritage village of Saltaire, West Yorkshire.
His illustrations are produced using a cross-hatch technique with a black fine line pen. Layer upon layer of small ink lines are built up to form structure and shape, whilst other areas are left untouched in order to hint at a flickering light or billowing clouds. It’s a very time consuming process. He cross-hatches in one direction, then turns the image around and adds another layer to create shade and depth, whilst also leaving elements untouched to hint at light and space. The image may turn ten to twenty times until it’s finished.

Nick studied art and Illustration at Bradford College from 1991 – 94.
He then continued his graphic design studies to HND at Cleveland College of Art & Design.
Nick has illustrated several children’s books producing full-page interior illustrations in his pen & ink cross-hatch style. 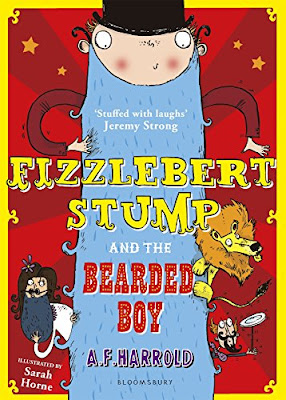 Sarah Horne grew up in snowy Derbyshire, UK with some goats and a brother. She learned to draw whilst trying to explain her reasoning for an elaborate haircut at the age of nine. Sarah then honed her skills on the mean streets of Falmouth, studying Illustration. Here, there were daily street battles of scribbling resulting in many paper cuts, but some very nice drawing.
Alongside working on some very funny children’s titles, Sarah has also worked on commissions for The Guardian, The Sunday Times, Kew Gardens, Sesame Street and for IKEA as their Children’s Illustrator In Residence.
She now draws, paints, writes and giggles from underneath a pile of paper at her studio in London.
Website: http://sarahhorne.co.uk 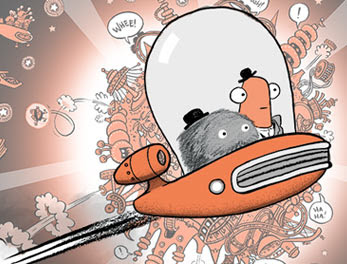 Sarah McIntyre is known for her lively adventure stories and action-packed illustrations. She writes and illustrates picture books and comics. Most recently, she has teamed up with Carnegie-winning writer, Philip Reeve, to produce illustrated longer stories, including ‘Oliver and the Seawigs’ and ‘Cakes in Space’.
Her books have won awards including the Leeds Graphic Novel Award, the Sheffield Children’s Book Award (in the ‘Overall’ category), the UKLA Award, the Independent Bookshop Week Book Award and the Bishop’s Stortford Picture Book Award. 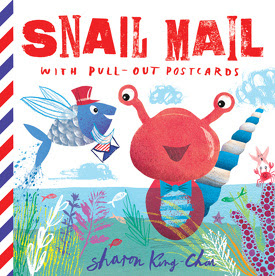 Sharon King-Chai is a designer & illustrator. Born in Australia, she moved to London in 2003 after completing an Honours degree in Visual Communication at University of Technology Sydney, and has been based in North London ever since. Sharon has extensive experience in music & publishing industries. She has worked on a wide range of projects including album artwork, branding and logos, product packaging, book covers and event identities. Recent awards include Best Children's book cover at the Academy of British Design awards, Best Classic Children's Book at Junior Design Award, Family Choice Award (US) and a shortlisting for the Futurebook Innovation Award. In 2013 Sharon’s first children’s picture book ‘Lucy Ladybird’ was published as both book and an iPad app, and her second book, Snail Mail, is out in September 2016. 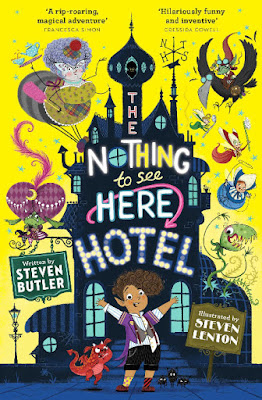 Steven Lenton hails from Cheshire and now works from his studio in Brighton, creating an array of charming characters for his books.
Best known for illustrating Shifty McGifty and Slippery Sam, written by Tracey Corderoy, he has illustrated many lovely books and wrote his first picture book with Nosy Crow, Princess Daisy and the Dragon and the Nincompoop Knights.
Steven also loves to visit schools, festivals and bookshops, encouraging and inspiring his audience to draw, giggle and create! He is also a children’s book blogger – just search for his name on YouTube.
Website: http://stevenlenton.com/