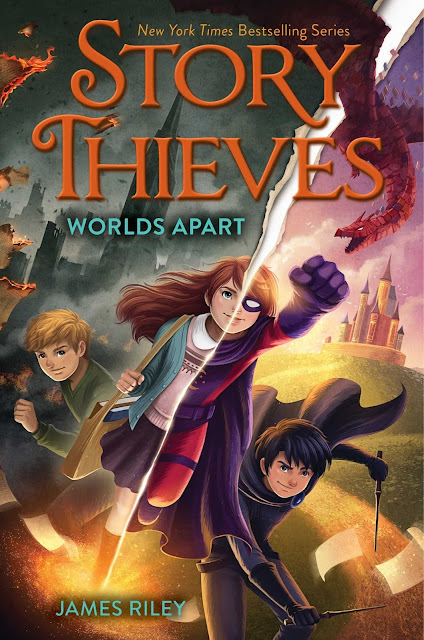 Owen and Bethany try to find their way back to each other after the fictional and nonfictional worlds are torn apart in this fifth and final book in the  New York Times bestselling series, Story Thieves—which was called a “fast-paced, action-packed tale” by School Library Journal—from the author of the Half Upon a Time trilogy.Bethany and Owen have failed. The villain they have come to know as Nobody has ripped asunder the fictional and nonfictional worlds, destroying their connection. Bethany has been split in two, with her fictional and nonfictional selves living in the separate realms.But weirdly, no one seems to mind. Owen—and every other nonfictional person—have lost their imaginations, so they can’t picture their lives any differently. Then Owen gets trapped in a dark, dystopian reality five years in the future, where nothing is needed more desperately than the power to imagine. Fictional Bethany is thrilled to be training with her father as his new sidekick, Twilight Girl—until she realizes that the fictional reality will fade away completely without the nonfictional world to hold it together. In this final installment of the genre-bending Story Thieves series, Owen and Bethany will be forced to risk everything to defeat Nobody and save multiple realities. 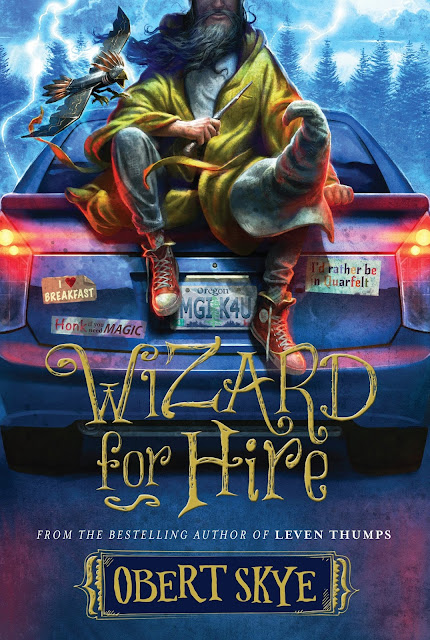 Fourteen-year-old Ozzy lives near Portland, Oregon, and is desperate for help. His scientist parents have been kidnapped after discovering a formula that enables mind control. Their work was so top secret Ozzy is afraid to go to the police, but without help, he fears he'll never find his parents. Then he stumbles across a classified ad in the local newspaper that says "Wizard for Hire. Call 555-SPEL." Ozzy has read about wizards in books like Harry Potter, but wizards couldn't actually exist today, could they? After Ozzy meets the wizard Labyrinth--aka Rin--he's even more skeptical.Sure, Rin dresses like a wizard, but the short robe and high-top tennis shoes seem unorthodox, as does Rin's habit of writing notes on his shoes and eating breakfast for every meal. Plus, Rin doesn't even cast any magic spells, which means that the unexplained coincidences that start happening around Ozzy are just that--coincidences.With the help of a robotic-talking raven invented by Ozzy's father, a kind and curious girl at school who decides to help Ozzy, and, of course, a self-proclaimed wizard who may or may not have a magical wand, Ozzy begins an unforgettable quest that will lead him closer to the answers he desperately seeks about his missing parents. 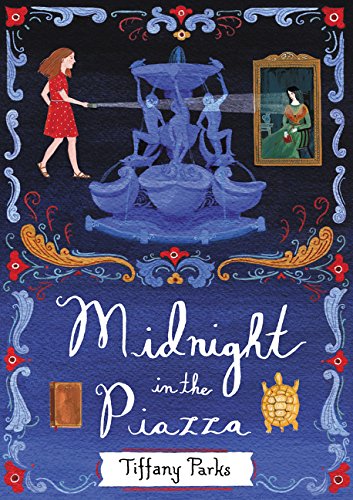 Beatrice Archer may love history, and Rome may be chock-full of it, but that doesn’t mean she wants to move there!
Too bad Beatrice’s father got a job as the head of the history department at the American Academy in Rome—now, Beatrice has no choice but to get used to the idea.
When she arrives in Rome she explores her new city as much as she can, but it isn’t until she hears talk of a strange neighborhood legend that Beatrice perks up. A centuries-old unsolved mystery about the beautiful turtle fountain outside her window? Sounds like fun!
Before Beatrice has a chance to explore, though, she sees a dark figure emerge from the shadows of the square in the middle of the night—and steal the famous turtle sculptures that give the fountain its name.


When no one believes her story, Beatrice knows that it’s up to her to solve the crime and restore the turtles to their rightful place. With the help of her new friend Marco, she navigates a world of unscrupulous ambassadors, tricky tutors, and international art thieves to unravel one of Roman history’s greatest dramas—before another priceless work of art is stolen. 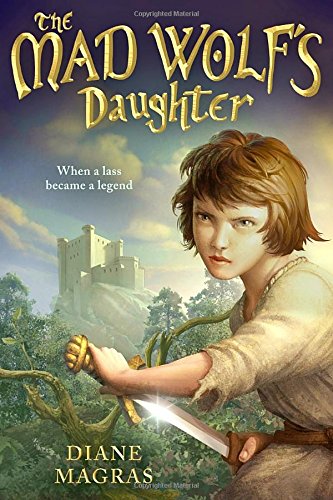 A Scottish medieval adventure about the youngest in a war-band who must free her family from a castle prison after knights attack her home--with all the excitement of Ranger's Apprentice and perfect for fans of heroines like Alanna from The Song of the Lioness series.

One dark night, Drest's sheltered life on a remote Scottish headland is shattered when invading knights capture her family, but leave Drest behind. Her father, the Mad Wolf of the North, and her beloved brothers are a fearsome war-band, but now Drest is the only one who can save them. So she starts off on a wild rescue attempt, taking a wounded invader along as a hostage.

Hunted by a bandit with a dark link to her family's past, aided by a witch whom she rescues from the stake, Drest travels through unwelcoming villages, desolate forests, and haunted towns. Every time she faces a challenge, her five brothers speak to her in her mind about courage and her role in the war-band. But on her journey, Drest learns that the war-band is legendary for terrorizing the land. If she frees them, they'll not hesitate to hurt the gentle knight who's become her friend.

Drest thought that all she wanted was her family back; now she has to wonder what their freedom would really mean. Is she her father's daughter or is it time to become her own legend?