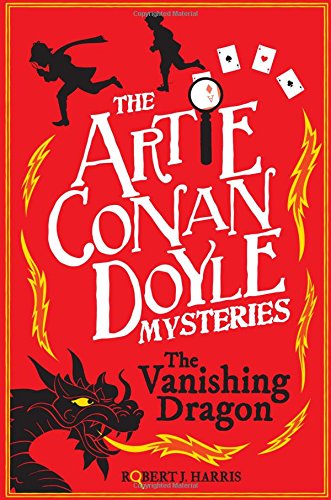 Welcome to day two of the UK blog tour for Robert J. Harris and his brilliant new mystery 'Artie and the Vanishing Dragon'. This is an opportunity to celebrate the unveiling of a brand new book in the Artie Conan Doyle Mysteries. Published by Kelpies, The Vanishing Dragon will fly into bookshops on the 22nd March 2018.

This is a week-long mission to entertain and entice you to pick up these brilliant books and read them. So sit back and relax as we're going back to the scene of the crime to investigate where and how it all began. Have your magnifying glasses at the ready throughout the week to follow the author's footsteps each day. Please see the blog tour list in the top right-hand corner of the blog.  Happy Reading. 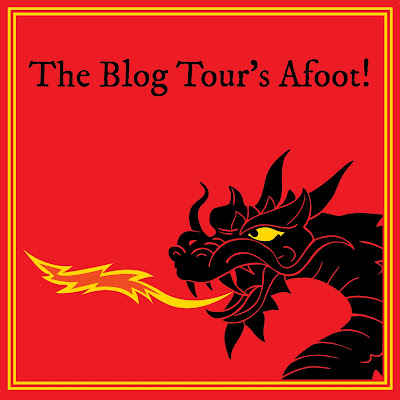 THE YOUNG DETECTIVES - NEW MYSTERIES FOR THE YOUNG GENERATION

I was about eight years old when I read my first detective story. It was The Mystery of the Pantomime Cat by Enid Blyton, featuring a group of young investigators called The Five Find-Outers. Though they never achieved the same level of success as Blyton’s other quintet (The Famous Five), nevertheless the Find-Outers had a long run of cases from 1943 to 1961.

Young detectives have long been a part of the mystery genre, including such stars as The Hardy Boys and Nancy Drew. My own favourite series is The Three Investigators, who began their career in 1964 with The Secret of Terror Castle. Their stories were introduced by famous film director Alfred Hitchcock, who played a role in that first case. I personally think the best of these is The Stuttering Parrot, which is both very clever and entertaining.

One of the most significant features of these mysteries for younger readers is that they are not centred on the sort of gruesome murders that dominate adult crime fiction. A good thing too, I say.

While I think of the tales I tell as primarily adventure stories, these adventures always include an element of mystery. With The Artie Conan Doyle Mysteries I have shifted towards detective stories (though they are still exciting adventures). As with all my books, my main rule is that a good book for younger readers should be one that adult readers (like me!) will also enjoy. By the same principle the mysteries in these novels are to be just as good, just as baffling, as any you would find in the great crime classics.

Part of the fun is trying to guess not only who committed the crime but why. In Artie’s first adventure, The Gravediggers Club, he needs to discover not only who has been digging up dead bodies, but also why they’re doing it.

The clues are another vital element to a good mystery. The clues, far from shedding any light, should make things even more baffling. The clues Artie comes across give him a headache more than anything else - that is until he finally understands what they mean.

It’s also hugely fun for the writer and reader if the crime itself appears to be utterly impossible. My favourite mystery writer John Dickson Carr is the acknowledged master of such puzzles as ‘How was a man able to jump into a swimming pool surrounded by witnesses and completely disappear?’

In The Vanishing Dragon Artie is faced with a similarly impossible crime; a gigantic mechanical dragon is stolen from a warehouse when the only exits and entrances are a door securely fastened with multiple locks and a window far too small for the dragon to fit through.

The crucial point in any mystery story is when the truth is revealed. If this is done well, the reader will see all the pieces of the mystery falling into place like a magical jigsaw puzzle fitting itself together. My aim is that as they behold the completed picture readers will cry out in delight, “Of course! Now I see!”