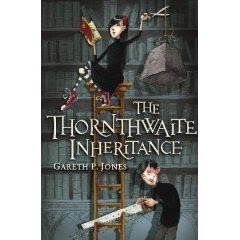 This is the first book I have read by this author and I have to say I am glad that I did. It was only by chance that I picked it up to read, yet I found it somewhat refreshing. It's a very quirky book, written in the style of Lemony Snicket. It has a twisted dark theme but still with much humour. It is a "keeps-you-guessing" story which really did it for me.
The main characters of the book are the twins, Lorelli and Ovid. Their sibling rivalry and burning passion to kill each other motivate them. The book gives great accounts, of each different attempt to terminate the other. From killer bees to killer bears and various cases of food poisoning, making the plot for a crack-pot adventure.
The backdrop, of the creepy manor house and even stranger servants, are straight out of the Addams Family. The story builds its devilish ways, as the children find about their parent's strange deaths. Then along comes a crooked lawyer and a devious son adding to the ingredients of the story.
There are some great moments, many humorous, in a story that keeps the reader on their toes right to the very end. Four out of a Five, a great read with some interesting mysteries to be solved.

Ovid and Lorelli Thornthwaite have been trying to kill each other for so long that neither twin can remember which act of attempted murder came first. But whoever struck first, trying to take each other's lives is simply what they do. Until one day a lawyer arrives at their house to take stock of its contents, and his accompanying son attracts their attention. Soon a new battle evolves - one in which the twins have to work together to solve the mystery of their parents' deaths. Can Lorelli and Ovid overcome their old animosities, and will they ever get to finish that game of chess?

Gareth P. Jones is the author of the Dragon Detective Agency series. Gareth's first novel, The Case of the Missing Cats, was shortlisted for the Waterstone's Book Prize. He lives in London.