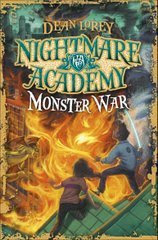 Some super new reads to be published in the great summer month of June......

Andy Briggs - Villain.Net 3: Power Surge - Oxford Childrens June 2009
Schoolboy supervillain, Jake Hunter, has taken his seat on the Council of Evil. Now he will live his dream - exact revenge on the cruel world. But the cruel world has other plans, and they come in the shape of the Hero Foundation. Jake's not scared of the Hero Foundation. He even has a plan to turn it to the dark side. Until it gets a new member - Jake's own sister. Is he really so villainous as try to get her out of the way?


Andy Briggs - Hero.Com 3: Crisis Point - Oxford Childrens June 2009
The Hero Foundation is a shadow of its former self and Lord Eon - the most terrible supervillain ever - is still at large. Worse, he has hatched a plan to tear apart time. Toby and his superhero friends should be able to stop him . . . but Pete has woken from his coma a different person and Lorna has disappeared. In the titanic struggle that will follow, friendships will be tested and superhero powers strained to the limit as time runs out for the world . . . literally . . .


Sarah Rees-Brennan - The Demon's Lexicon - Simon&Schuster 1 June 2009
Nick and his brother Alan are on the run with their mother, who was once the lover of a powerful magician. When she left him, she stole an important charm - and he will stop at nothing to reclaim it. Now Alan has been marked with the sign of death by the magician's demon, and only Nick can save him. But to do so he must face those he has fled from all his life - the magicians - and kill them. So the hunted becomes the hunter...but in saving his brother, Nick discovers something that will unravel his whole past...


Nicola Morgan - Deathwatch - Walker Books 1 June 2009
Someone is watching Cat McPherson. Is it a young schizophrenic, a retired scientist, or Cat’s ex-boyfriend? Or it could be someone else entirely. An obsession with insects seems to link them all. And Cat hates insects. She’s easy prey, especially as she has given away so much about herself on an internet site which her parents have forbidden her to use. But does she even realize that she’s being stalked? A talented athlete, she’s too busy with the pressures of training and deciding whether she really wants to run for a living. The trouble is, soon she will have to run for her life…


Dean Vincent Carter - Blood Water - Corgi Childrens Books 4 June 2009
They're all dead now. I am the last one. Dr Morrow can't identify the 'thing' he found living in the lake but he knows it's dangerous ...then it goes missing ...Caught in the flood that is devastating the town, brothers Sean and James stumble across Morrow and the carnage left at his lab. The missing specimen is some kind of deadly parasite that moves from person to person, destroying its hosts in disgusting, gory ways. The death toll will rise along with the waters unless the brothers can track down the homicidal specimen and find a way to destroy it.


David Gilman - Blood Sun: Danger Zone - Puffin Childrens 4 June 2009
Desperate to uncover the secret of his mother's death, Max Gordon is chased into the night by a ruthless mercenary. His search takes him from the desolate hills of Dartmoor to the endangered rainforest of Central America – where the devastation hides a sinister secret. Drug smugglers, deadly crocodiles, man-eating snakes and flesh-stripping piranhas await Max at every turn. Has Max's quest for the truth led to an answer for which he'll pay the ultimate price?


Tim Bowler - Bloodchild - Oxford University Press
Will lies in a deserted lane. All he knows is that he's had an accident and that his life is slipping away. Against all the odds he survives - but with an almost total loss of memory. He does not even know himself. And that is not all. At night he is tormented by visions, in the daytime by hostile strangers. Why does he have so many enemies? And who is the strange child who seems to have a story to tell him? Something has happened in this town, something terrifying. Will can sense it but he can't work out what it was. Perhaps the old Will knew. But that was before the accident. The new Will must search for the answers again - and this is a dangerous task. For the town has a secret and there are those who will do everything in their power to preserve it. Even kill.


Dean Lorey - Monster War (Nightmare Academy)Book Three - HarperCollins 25 June 2009
Monsters. Once upon a time they turned up every now and then, triggered by a gifted child's nightmares. But now they're here. ALL OF THEM. And this time, it's war! The Fifth has made it to earth, but it's not as bad as everyone expected. It's worse. As CNN broadcasts 24-hour carnage and colossal monsters destroy the world's cities, the fate of the world and all its people rests on one person's shoulders. One quite SMALL person's shoulders. But the Fifth is Mother to all monsters -- and now she's got Pinch on her side, one of the strongest double threats who ever lived. Charlie and his friends have the fight of a lifetime on their hands...
By Mr Ripley's Enchanted Books on April 05, 2009