Who Is Marcus Alexander? Author Interview from the writer of Who Is Charlie Keeper? 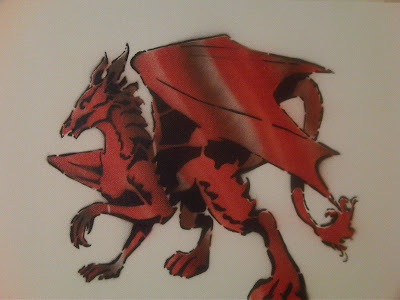 An amazing opportunity arose to ask the increasingly popular author Marcus Alexander a few questions. From the brief contact I have had with him it is clear that he is a man who likes to remain private. Not one for the public domain of "celebriatism" as many authors appear to throw themselves into the limelight.
I'd like to thank Marcus for his time and eloquence in allowing a small piece of insight into his thoughts and life. I hope you enjoy reading and learning about the man behind the great book.

1) Who is Marcus Alexander? Could you tell us a little about yourself?
Erm....actually a little shy when it comes to exposure so I tend to keep details to a vague minimum. A really vague minimum. I can tell you that I have big ears that stick out at right angles and a fondness for vertical snowy slopes.
Oh and I’m a caffeine junkie but don’t tell anyone that okay.

2) Do any of the characters represent parts of personality or personal traits?
Yes, there’s a little something of me in many of the characters, particularly the ones that tend to put their foot in their mouth on a regular basis. Or food for that matter too.

3) There are so many different styles of writing in your book. Are you inspired or influenced by any other author/s?
I’m more influenced by my years of travel, I find that’s my greatest inspiration for writing. Other writers don’t inspire me as such but if they’re good they sure tend to set my thumbs twitching for a good read and a quiet place to get stuck in to the pages.

4) You say there is a sequel, are you writing it at the moment? When do you see it being in the reader's hands?
There is a sequel on its way, ‘Charlie Keeper and the Darkness’ and if I can shunt some of this marketing and distribution onto someone else’s shoulders it should be coming out fairly soonish.

5) How would you feel "releasing" your book to a publishing or film production company if they were to approach you?
Hmmm...I think a big smile, the sort that creases your face out of proportion would probably be involved. Maybe some somersaults too. I draw the line at singing and dancing though, a man needs to hold onto some semblance of dignity.

6) Did you have plans and ambitions to become a writer or did inspiration strike you?
I used to write a lot as a teenager, put it on hold for a while then took it back up after London lured me back from my travels. Didn’t take the idea of Who is Charlie Keeper? seriously for the first 18 months of writing, it was only after the semblance of a credible story began to unfold that I started to take confidence in the possibility of a literary product.

7) Do public book events fill you with dread or adrenaline? As most writers appear to either love or hate them!
iCouldn’t tell you as I haven’t done one yet. I think I could be lured into an event with the firm prospect of fresh filtered coffee, a French pastry and the promise of a fast line of retreat should the need arise.

Please also check the Author book site as there is more information on his great book
visit www.whoischarliekeeper.com
Posted by Mr Ripley's Enchanted Books on April 19, 2009