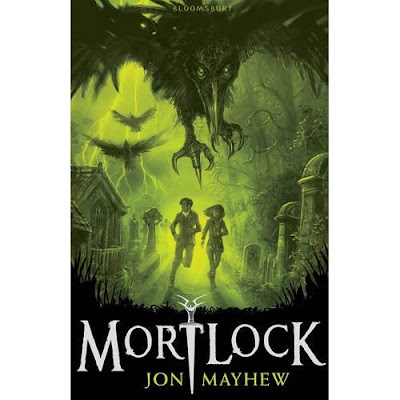 The book covers battle has been a great adventure over the last few weeks. After four marvellous heats which were finally narrowed down to four wonderful covers, the exciting final developed this week. There soon appeared to be a front runner as Tracey & Kevin Morley's Unravellers amassed a great number of votes within hours. But then towards the end of the week, Jon Mayhew's Mortlock started to make a comeback and began to gain some support, which then developed into a spectacular ending. As a result of this spectacular ending Jon Mayhew managed to storm away with the prestigious accolade of 'Mr Ripley's Enchanted Book Cover of the Year. My hearty congratulations go to him - well done.
I'd like to thank all of the authors and people who have taken the time to vote or leave comments, you certainly made the battle incredibly tense and exciting at times. The voting has now closed, the winner of the signed and dated book will be contacted tomorrow, thanks for all of your comments.

Woohoo, congrats to Mortlock's Jon Mayhew and to the other finalists for a deservedly close-run battle!

I agree - best cover in the contest (and at least now I can say I was beaten by the winner!)