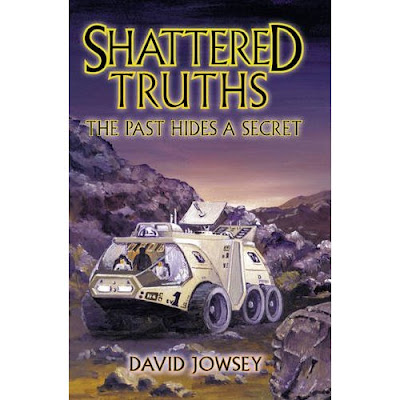 I have wanted to read this book for sometime now. I have kept my eye out for this title, as the author is quite local and the book is published by an independent publishing company. So when I found a copy in a rather good bookshop in Whitby I was particularly happy to come across it.
This is the second book to be written by David in the An'Tsari Trilogy, with the last book to come out sometime next year entitled Summer 2012. The first thing that struck me about the book was the cover, as I am a sucker for a good book cover!
I enjoyed the first book in the series Dragons In The Sky and I thought I had a good idea as to the style that the second book would be written in but I was surprised to find it totally different.
I found the descriptive work the author used in this book to be well researched leaving the reader engaging with the story. The books overall concept was very intriguing and thought provoking at the possibilities of space travel and life on other planets. The story had an original feel and kept me guessing as to how the story was going to pan out and the ending which followed. Tom Richard's is the central character, we follow his past life and the new experiences he encounters on a NASA space mission to Mars. The truth eventually uncovers itself and questions are answered from book one whilst new questions are asked in preparation for the last installment. This is a spine-tingling encounter of self-discovery and a really good read that gets four out of five.
Published by Sigel Press 15 June 2009

Some book signings coming up by the author: