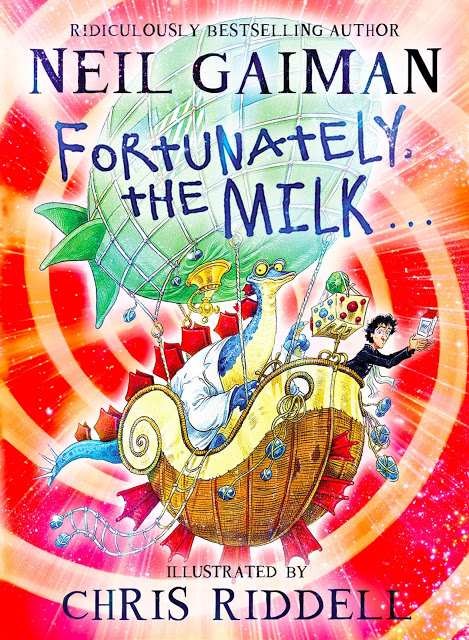 Head to http://journal.neilgaiman.com/ for a pint-sized insight to the new book and a video of Neil talking about the book. 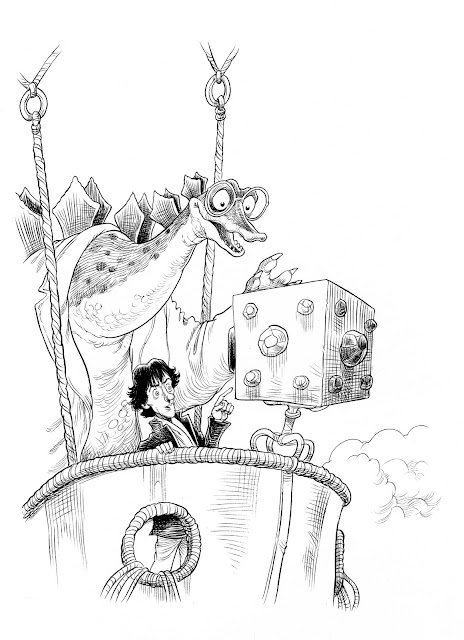 Illustrated by Chris Riddell, the cover features the book’s hero, a stegosaurus professor and the eponymous milk flying through time and space in a very special machine.

Fortunately, the Milk is an adventure for both young readers and those young at heart. It features aliens, dinosaurs, volcano gods and a pint of milk that saves the universe! The book will be illustrated throughout by Chris Riddell, and will be the third Neil Gaiman project that Chris Riddell has worked on. Chris has previously illustrated the tenth anniversary edition of Coraline and The Graveyard Book, for which he was Kate Greenaway Medal shortlisted. 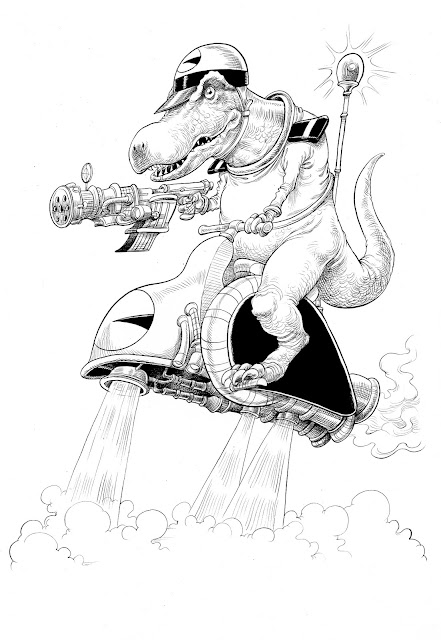 Fortunately, the Milk is published in hardback by Bloomsbury Children’s Books, 17th September 2013, £10.99 - Get your order in now!