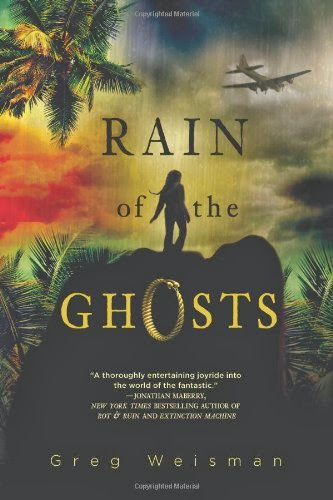 Greg Weisman - Rain of the Ghosts - Published by St Martin's Griffin - 3, December 2013
Rain of the Ghosts is the first in Greg Weisman's series about an adventurous young girl, Rain Cacique, who discovers she has a mystery to solve, a mission to complete and, oh, yes, the ability to see ghosts.
Welcome to the Prospero Keys (or as the locals call them: the Ghost Keys), a beautiful chain of tropical islands on the edge of the Bermuda Triangle. Rain Cacique is water-skiing with her two best friends Charlie and Miranda when Rain sees her father waiting for her at the dock. Sebastian Bohique, her maternal grandfather, has passed away. He was the only person who ever made Rain feel special. The only one who believed she could do something important with her life. The only thing she has left to remember him by is the armband he used to wear: two gold snakes intertwined, clasping each other’s tails in their mouths. Only the armband . . . and the gift it brings: Rain can see dead people. Starting with the Dark Man: a ghost determined to reveal the Ghost Keys’ hidden world of mystery and mysticism, intrigue and adventure. 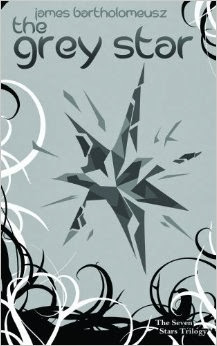 James Bartholmeusz - BK 3 : The Grey Star - Published by Medallion Press - 1, December 2013
After thwarting the Cult of Dionysus and with the city of Nexus in ruins, all that remains for the Apollonians is to find the final Shards of the Risa Star before the Cult can use it to wreak havoc on an astronomical scale—but in this final installment of the Seven Stars trilogy, Jack Lawson and his allies face unexpected challenges. They are worlds apart; some battling old enemies in a desert fortress, and others in a formerly prosperous city-state that is slipping into totalitarianism. All the while, the pieces of a greater puzzle have been moving into place and a trap has been laid, and Jack must confront a truth that threatens to destroy everything. 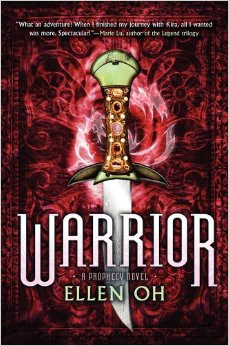 Ellen Oh - Warrior (The Dragon King Chronicles ) - Published by HarperTeen - 31, December 2013
Kira, the yellow-eyed demon slayer who protected her kingdom in Prophecy, is back . . . and her dramatic quest is far from over. After finishing Ellen's first novel, Prophecy, School Library Journal said they were "ready for a sequel." Well, here it is! Filled with ancient lore and fast-paced excitement, this page-turning series is perfect for fantasy and action fans.
Kira has valiantly protected her kingdom—and the crown prince—and is certain she will find the second treasure needed to fulfill the Dragon King's prophecy. Warrior boasts a strong female hero, romantic intrigue, and mythical creatures such as a nine-tailed fox demon, a goblin army, and a hungry dragon with a snarky attitude. 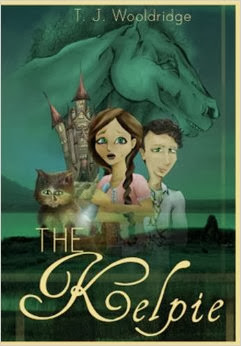 Trisha Wooldridge - The Kelpie - Published by Spencer Hill Press - 17, December 2013
I can't honestly say I was joking when I suggested to my best friend, Joe - Prince Joseph, eldest son of England's Crown Prince - that we could probably find something the police had missed in regards to the missing children. After all, eleven and twelve year olds like us did that all the time on the telly and in the books we read
When Heather and Joe decide to be Sleuthy MacSleuths on the property abutting the castle Heather's family lives in, neither expected to discover the real reason children were going missing:
By Mr Ripley's Enchanted Books on November 22, 2013