Books arrived this week - P.B Kerr The Children of the Lamp - The Eye of the Forest 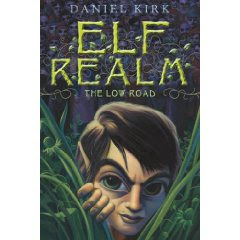 The magical wings of an enchanted bird has seen some new books fall out of the sky to land promptly on the kitchen table this week in the Ripley household..........
Some of the books of interest.......

The first book is the new P.B Kerr book which is the next instalment of The Children of the Lamp series entitled "The Eye of the Forest".Which has just been published in the U.S and will not come out in England till April for some reason.Looks a good read.

An ancient Incan prophecy leads the Gaunt twins deep into the heart of the Amazon, in search of a cursed portal that has remained hidden for centuries. Along the way, they come across their old friend Dybbuk, but it's not a happy reunion. Dybbuk has lost all his djinn powers and is desperate to get them back - even if it means destroying the world. Can John and Philippa stop him before it's too late?

Other books received this week:

When Matt and his family move to their family's new development, they don't realize that they've inadvertently stumbled into the middle of massive upheaval in the Fairy world. With the elves' territory disintegrating, and dark factions looking to seize control, apprentice mage Tuava-Li must defend her territory - even when that means cooperating with Matt, a human and their natural enemy. Matt just may hold the key to keeping the elf realms from certain destruction.

Also we have N.D Wilson Dandelion Fire Book 2 of the 100 Cupboards which i have mentioned before. U.S release

Roofless dormitories, distracted teachers and a lethally dangerous underground labyrinth - Ribblestrop's visionary headmaster is out of his depth even before the pupils arrive! And when they do - what a bunch! There's Sanchez, a Colombian gangster's son hiding from kidnappers; Millie, an excluded arsonist and self-confessed wild child; Caspar, the landlady's spoiled grandson; the helpful but hapless Sam and his best friend Ruskin, plus a handful of orphans from overseas, who are just happy to have beds - even if they are located in a roofless part of the building...Anything could happen - and anything does!


I will try and get reviews up soon. And thank you all for sending any of the above books to me.Also if any one would like to review books for this site please let us know.
By Mr Ripley's Enchanted Books on January 16, 2009