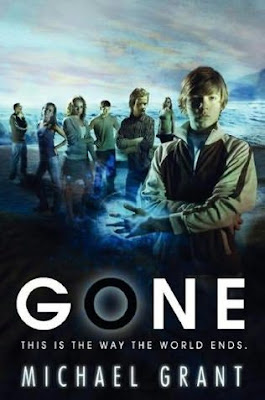 It's been a busy week and so far I haven't done much reading so the books are stacking up. Here is a list of some of the new books I have received which I will be reviewing in the next week or so. I would like to thank all the publishers and authors for taking an interest in this blog and sending me this selection of books to read. I am looking forward to reading them all.

Sebastian, Max and Cornelius are off on their most hazardous adventure yet. Deep in the dense jungles of the south they are searching for the legendary lost city of Mendip when their quest is rudely interrupted by a savage attack by a band of Gograth - armoured apelike beasts. Rescued by jungle girl Keera, they are taken to the village of the Jilith, a primitive tribe of warriors, who are themselves locked in a grim struggle for survival with the Gograth. Sebastian's arrival has been foretold in an ancient prophesy which states that the elf-Lord and his two companions will rid the Jilith of the curse of the Gograth forever.And if Sebastian, Max and Cornelius can achieve this Keera herself will guide them to the Lost City. But first our heroic trio must brave savage battles, hazardous journeys, attacks by fierce beasts and some of the worst jokes in history. And what's more when they finally reach their destination, they have to contend with The Night Runners - the most terrifying foe they have ever encountered; a foe that simply cannot be killed ...because they are already dead.

Josh is back home, trying to resume his normal life and make sense of his Mayan adventures. But soon it becomes clear that being back in Oxford doesn't mean Josh can escape his destiny. He's evenmore certain now that his father's death was no accident -- and he's starting to wonder if he can really trust his closest allies. But when he finds out a shocking secret, that's when the real adventure begins...

Suddenly there are no adults, no answers. What would you do?In the blink of an eye, the world changes. The adults vanish without a trace, and those left must do all they can to survive.But everyone's idea of survival is different. Some look after themselves, some look after others, and some will do anything for power...Even kill.For Sam and Astrid, it is a race against time as they try to solve the questions that now dominate their lives...What is the mysterious wall that has encircled the town of Perdido Beach and trapped everyone within? Why have some kids developed strange powers? And can they defeat Caine and his gang of bullies before they turn fifteen and disappear too?It isn't until the world collapses around you that you find out what kind of person you really are. This is a chilling portrayal of a world with no rules.

Recipe Ingredients: A small town called Elbow; rain; five loony kids; one bad dog; a jar of Herman's Red Devil Chilli. Bring ingredients together, add a real-life dead body and a missing eyeball, and have yourself one crazy, red-hot adventure. The Pickle King is about that wonderful belief children have in finding something extraordinary behind even the most boring. It's a terrific, highly original, sometimes scary, deadpan funny read. It stars a gang of unl ikely friends thrown together one wet summer in the small town of Elbow, famous for only two things: chilli pickle and rain. Already bored, they hope something will turn up, but what noneof them expect is a real-life dead body with a missing eyeball! Soon the mystery of who killed Herman, owner of the giant pickle factory becomes a crazy adventure. That these kids have guts will take on a different meaning in this fabulous, zany debut.

Anax is about to face her examination for the Academy, the institution which safeguards her society. The subject is close to her heart: Adam, a man whose struggle transformed the course of her country. But the examination by the panel will reveal new twists to Adam's history. Twists that will undermine Anax's assumptions about her country and who she is. But why is the Academy allowing Anax to open up the enigma at its heart? All young people will identify with Anax as she faces the most important examination of her life; she is on the brink of her future and discovering a new world. Beckett unlocks this beautifully wrought story about the human soul and artificial intelligence in an ingenious and devastating denouement.

Mortal affections and faery rivalries continue to collide in the town of Huntsdale, as New York Times bestselling author Melissa Marr takes urban fantasy to new heights. After the terrible events of Ink Exchange, the Dark Court has a new ruler. But will Niall's kindness survive his new responsibility to the most violent of Faerie courts? Meanwhile, Seth and Aislinn attempt to mend their relationship. But Aislinn is the Summer Queen and Keenan is her king -- and as summer approaches, their chemistry sparks. Will Seth's mortality lose him the one thing he loves above all others? As Niall seeks to control his new Court, Aislinn attempts to resist the seduction of summer, and Seth searches desperately for the gift of immortality, a delicate balance is threatened, and a terrible plot is revealed!