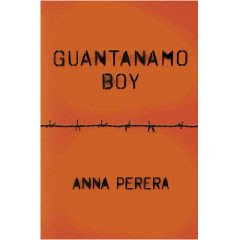 Puffin has some great new books to be released in February.

Jason Bradbury is the UK's best-known face of technology. Currently hosting The Gadget Show on Five and Royal Television Society award-winning children's science show Gross!, he has spent the last ten years writing and presenting science and technology shows for children and adults. Jason is continually in print in the UK's biggest technology press publications and has weekly slots on Radio Two and Radio Five Live.

Dot.com billionaire Devlin Lear,founder of the top-secret force MeX,has been watching schoolboy Jackson Farley.He knows he has found a digital genius. Along with three other brilliant games from different corners of the world,including two Japanese
siblings and a sassy American schoolgirl, Lear asks Jackson to join him and stop the criminal heist of the century.

And all by the power of the most highly advanced,state-of-the-art robots ever invented.Review to follow...............as requested

Anna Perera was born in London to an Irish mother and Sri Lankan father. She worked as an English teacher in two secondary schools in London, and later became responsible for a unit for excluded boys. She lives in Hampshire, England. Guantanamo Boy is her first teenage novel.

Khalid, a fifteen-year-old Muslim boy from Rochdale, is abducted from Pakistan while on holiday with his family. He is taken to Guantanamo Bay and held without charge, where his hopes and dreams are crushed under the cruelest of circumstances. An innocent denied his freedom at a time when Western boys are finding theirs, Khalid tries and fails to understand what's happening to him and cannot fail to be a changed young man.

Two Different books which will be released 05 February 2009
By Mr Ripley's Enchanted Books on January 06, 2009