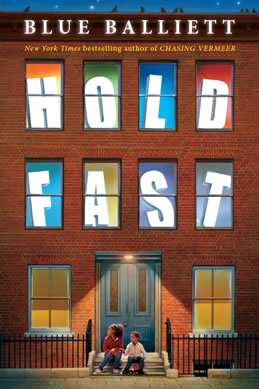 Blue Balliett -  Hold Fast - Published By Scholastic - 1st, March 2013
The mystery begins with a bizarre accident on a deserted, wintery street in Chicago. Now stir in an old Langston Hughes book on rhythms, the Chicago Public Library's huge downtown building, a family of four that find themselves in the midst of a spiraling nightmare, and the 2003Antwerp Diamond Heist, the biggest in history.
You will meet Dash, Sum, Early and Jubie… and many others living in a large city shelter. As dreams chase reality in a fearless yet sparkly search, 11-year-old Early Pearl will take you on a ride not easily forgotten. 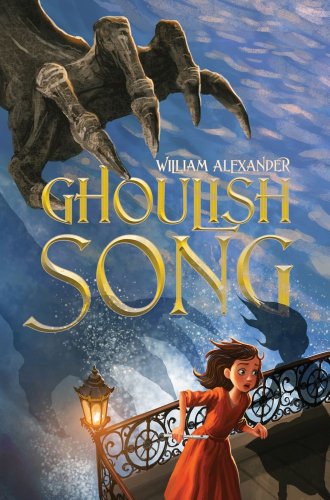 Kaile lives in Zombay, an astonishing city where goblins walk the streets and witches work their charms and curses. Kaile wants to be a musician and is delighted when a goblin gives her a flute carved out of bone. But the flute’s single, mournful song has a dangerous consequence: It separates Kaile and her shadow. Anyone without a shadow is considered dead, and despite Kaile’s protests that she’s alive and breathing, her family forces her to leave so she can’t haunt their home.

Kaile and her shadow soon learn that the troublesome flute is tied to a terrifying ghoul made from the bones of those who drowned in the Zombay River. With the ghoul chasing her and the river threatening to flood, Kaile has an important role to play in keeping Zombay safe. Will Kaile and her shadow be able to learn the right tune in time?