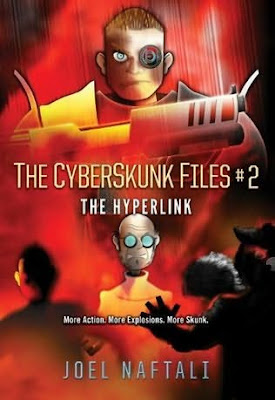 The sequel picks up where the first book ended, but now Dr. Roach's army is even more powerful. He is so strong that he is able to do the unthinkable--he's able to scan-in the CyberSkunks! What will happen to the skunks and can they survive?
Will Doug and Jamie be able to save their super-skunk friends and finally stop Dr. Roach, Commander Hund, and VIRUS before they take over the world?
In this series, thirteen-year-old Doug narrates the stories in a series of blog posts (many interrupted by either his best friend, smart girl Jamie, or the artificial intelligence who mothers him, Auntie M) about how he's trying to save the world and clear his name after being branded a terrorist and a murderer. 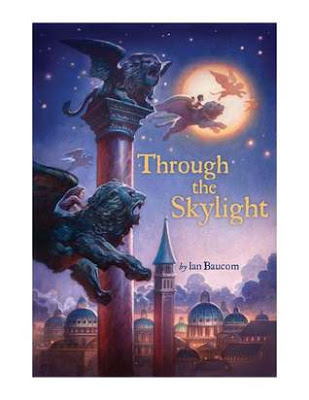 Ian Baucom - Through the Skylight - Published By Atheneum Books for Young Readers (March 19, 2013)

Two tantalizing tales, magically intertwined, cross cultures and span centuries as three kids set out to save the lives of three others—who just happen to live in the Middle Ages!A stone lion roars....
A sleek black cat speaks....
A faun leaps from the canvas of a painting....

When Jared, Shireen, and Miranda are each given one glittering gift from an old Venetian shopkeeper, they never fathom the powers they are now able to unleash; they never expect that their very reality is about to be utterly upended. And the adventure has hardly begun.

For in another time, centuries earlier, another trio—Rashid, Maria, and Francesca—have been thrown together under terrible circumstances: They have been kidnapped and, along with hundreds of other children, will be sold into child slavery. Unless, that is, they can find some way to save them all.

But all their fates lie in the hands of Jared, Shireen, and Miranda. The future—and the lives—of these three very modern children become entirely intertwined with those of the children from the past. Danger, it seems, has a way of spanning centuries. 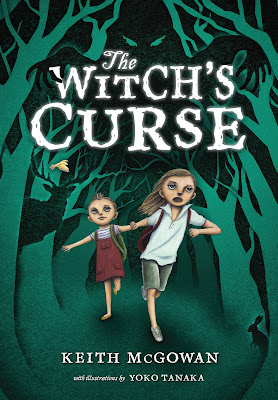 A shadowy witch and a cursed hunter--it's tricky business for Sol and Connie as they face this awful pair. The brother and sister have a long, dangerous hike through the accursed valley, they're running out of food and water, and the old stone lodge they discover with a collection of animals inside means big trouble. Can anyone save them? A heroic woodthrush? The All Creatures Manager? The Camper Lady? The Know-It-All Cube? Or will they have to save themselves? Sol and Connie--the brother and sister who were almost EATEN in The Witch's Guide to Cooking with Children--are back, and this time things are looking even worse, because a centuries-old hunter is waking up . . . thanks to the witch's curse. 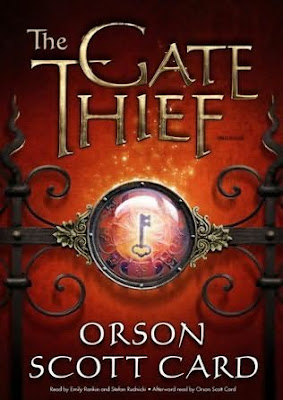 Orson Scott - The Gate Thief (Mither Mages) -  Published By Tor Books; (March 19, 2013)
In this sequel to The Lost Gate, bestselling author Orson Scott Card continues his fantastic tale of the Mages of Westil who live in exile on Earth.Here on Earth, Danny North is still in high school, yet he holds in his heart and mind all the stolen outselves of thirteen centuries of gatemages. The Families still want to kill him if they can't control him…and they can't control him. He is far too powerful.And on Westil, Wad is now nearly powerless—he lost everything to Danny in their struggle. Even if he can survive the revenge of his enemies, he still must somehow make peace with the Gatemage Daniel North.For when Danny took that power from Loki, he also took the responsibility for the Great Gates. And when he comes face-to-face with the mages who call themselves Bel and Ishtoreth, he will come to understand just why Loki closed the gates all those centuries ago. 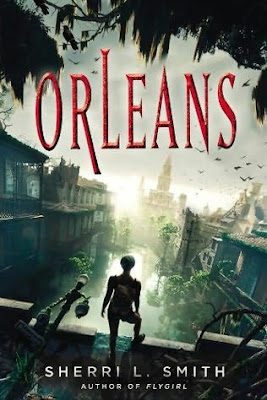 Then came the Fever.
And the Wall.
After a string of devastating hurricanes and a severe outbreak of Delta Fever, the Gulf Coast has been quarantined. Years later, residents of the Outer States are under the assumption that life in the Delta is all but extinct…but in reality, a new primitive society has been born.

Fen de la Guerre is living with the O-Positive blood tribe in the Delta when they are ambushed. Left with her tribe leader’s newborn, Fen is determined to get the baby to a better life over the wall before her blood becomes tainted. Fen meets Daniel, a scientist from the Outer States who has snuck into the Delta illegally. Brought together by chance, kept together by danger, Fen and Daniel navigate the wasteland of Orleans.  In the end, they are each other’s last hope for survival.