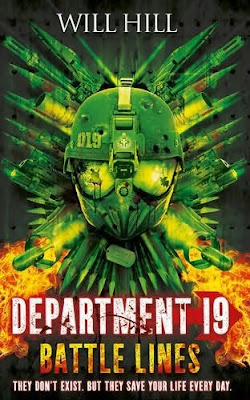 This is post two as there are so many great books out to read in March.
There might even be a third post, so keep your eyes peeled for more.


Will Hill - Department 19: Battle Lines - Published By HarperCollins Children's - 28th, March 2013
Dracula is on the verge of coming into his full power. Department 19 is on the back foot. Ladies and gentlemen: welcome to war. The stakes? Mankind’s very survival…
As the clock ticks remorselessly towards Zero Hour and the return of Dracula, the devastated remnants of Department 19 try to hold back the rising darkness.
Jamie Carpenter is training new recruits, trying to prepare them for a fight that appears increasingly futile. Kate Randall is pouring her grief into trying to plug the Department's final leaks, as Matt Browning races against time to find a cure for vampirism. And on the other side of the world, Larissa Kinley has found a place she feels at home, yet where she makes a startling discovery. 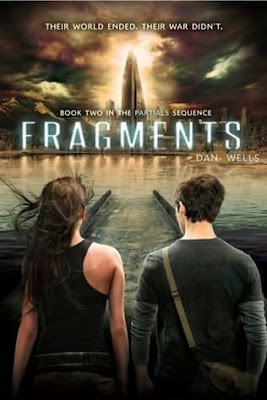 Dan Wells - Fragment (Partials) - Published By HarperCollins Children's - 28th, March 2013
Fighting to stop a war that could destroy everyone alive…
Kira Walker nearly died searching for the RM cure, but the battle for survival is only just beginning. The genetically-engineered Partials are inextricably bound to a greater plan that could save both races and give Kira the answers she desperately seeks.
Venturing deep into the wasteland, Kira’s only allies are an unhinged drifter and two Partials who betrayed her yet saved her life – the only ones who know her secret. Back on Long Island, what’s left of humanity is gearing up for war. But their greatest enemy may be one they didn’t even know existed.
It is the eleventh hour of humanity’s time on earth; this journey may be their last. 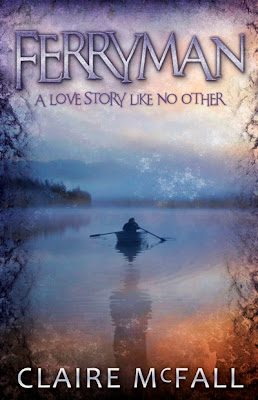 Claire McFall - Ferryman - Published By Templar Publishing - 1st, March 2013
When teenager Dylan pulls herself free from a train wreck and emerges onto an almost deserted Scottish hillside, she believes she is the only survivor. Seeing the figure of a boy on the bank she enlists his help. But Tristan is no ordinary passerby, and Dylan soon learns that instead of being the only survivor of the wreck, she is in fact the only fatality. And, Tristan is no normal teenage boy - he is her ferryman tasked with guiding her through the wasteland to her afterlife. As the pair journey further together through the dangerous wraith-infested wasteland, they fall deeply in love. When they reach the other side, Tristan promises to cross over with Dylan, but when she steps across the threshold and turns back, he is not there. Confronted with life without Tristan, Dylan vows to find him, but that means traversing the dangerous wasteland without a guide - A truly moving, epic love story, that's exciting, scary, funny, thought-provoking and truly original. 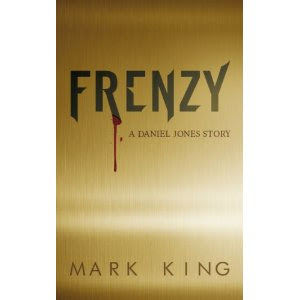 Mark King - Frenzy - Published By - Book Guild Ltd - 28th, March 2013
Daniel leads a peaceful life with his family until he finds out a repulsive secret about the Over-seers, the saviours of humanity , and his security is blown to smithereens. He enters a world where death is the only certainty and quickly learns to kill or be killed. Enter Gwendolyn, with the charm of a snake and a bite that s twice as dangerous. People skills aren t her thing but she knows how to survive in a post-apocalyptic world; she s a hotshot with a bow and arrow and can rustle up a mean rat soup. Mary is the only person left alive over forty. She s not too good at fighting but she knows where to find the one thing that could save their lives; the golden shield. Only Mary can remember life before the invasion, before humanity was brainwashed into following the procedures. Pursued by the Over-seers, the Triclops and the barbaric hunters, can the three brave rebels triumph in their quest for the golden shield? The odds are stacked against them hold tight for a white-knuckle ride through a landscape of devastation! 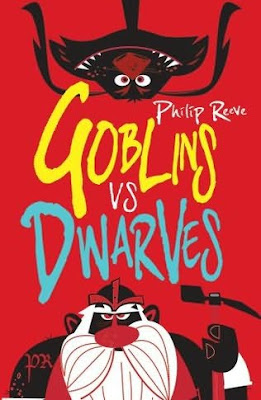 Philip Reeve - Goblins Vs Dwarves - Published by Marion Lloyd Books - 4th March 2013
Another fantastically exciting novel set in a land of magic from the award-winning Philip Reeve. The heroes of GOBLINS continue their adventures outside the walls of Clovenstone castle. Awaiting Skarper and Henwyn are powerful dark forces that must be vanquished, monstrous creatures to be fought, and astonishing mysteries to be solved.
By Mr Ripley's Enchanted Books on February 10, 2013