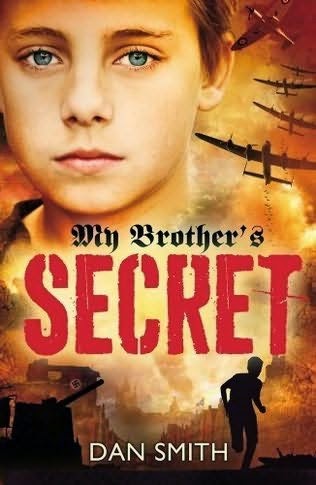 The first book that I read by Dan Smith was 'My Friend the Enemy'. At large it showed the developments and the perspective of what it was like to be living in Britain in World War Two. The hardships and the reality of death; a strong sense of communities pulling together and friendships developing but war always has two sides to it. What if you flipped that on it's head and showed the same reality living in Germany in 1941? Would there still be the same problems, questions and opinions, not everyone shares the same beliefs and opinions of Adolf Hitler?

In my humble opinion, this books explores the theme of war in a sensitive and understanding nature. The story takes inspiration from the original Edelweiss Pirates, a loosely organised youth movement, where groups arose in response to the strict paramilitary of Hitler Youth and initially rebelled against the government's control of leisure time. It is based on real Second World War events; the author has weaved in both fact and fiction to deliver a narrative that will provoke deep thoughts, feelings and give the reader a greater understanding as to how the fight for freedom was one of the hardest times that Europe went through.

Told through the eyes of a twelve year old boy from Germany, Karl wants his country to win the war. His father has gone away to fight, but will he ever return to his family? The book is full of family love and conversations that reflect the difficult and testing time. I really did enjoy following Karl and learning about his views, opinions and feelings throughout the book. I thought these were beautifully portrayed in the story. I could visualise the narrative and see what was happening through the character's eyes.

I did feel that the book was slightly too short, but nevertheless I really did enjoy the reading experience of what it was like to be a child gripped in the face of evil and conflict in war.  I really loved the start of the first chapter which is entitled War Games. From that moment, I saw the rapid change in Karl's mindset which to me was the highlight of the book. I would really love for more people to read this type of book, especially as you can discuss the issues faced by the characters and begin to understand and recognise the historical events of that time in 1941.

From the words of Barry Cunningham, 'fighting for our freedom - who knows if it may be something we have to choose again one day!' To me that sums up the book, so take a copy off the bookshelves to read as you will not be disappointed.