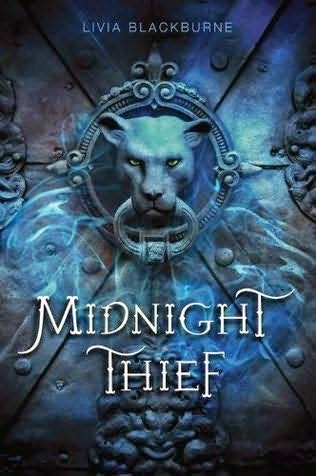 Livia Blackburne - Midnight Thief - Published by Disney-Hyperion (July 8, 2014)
Growing up on Forge's streets has taught Kyra how to stretch a coin. And when that's not enough, her uncanny ability to scale walls and bypass guards helps her take what she needs. But when the leader of the Assassins Guild offers Kyra a lucrative job, she hesitates. She knows how to get by on her own, and she's not sure she wants to play by his rules. But he is persistent-and darkly attractive-and Kyra can't quite resist his pull.Tristam of Brancel is a young Palace knight on a mission. After his best friend is brutally murdered by the Demon Riders, a clan of vicious warriors who ride bloodthirsty wildcats, Tristam vows to take them down. But as his investigation deepens, he finds his efforts thwarted by a talented thief, one who sneaks past Palace defenses with uncanny ease.When a fateful raid throws Kyra and Tristam together, the two enemies realize that their best chance at survival-and vengeance-might be to join forces. And as their loyalties are tested to the breaking point, they learn a startling secret about Kyra's past that threatens to reshape both their lives.In her arresting debut novel, Livia Blackburne creates a captivating world where intrigue prowls around every corner-and danger is a way of life. 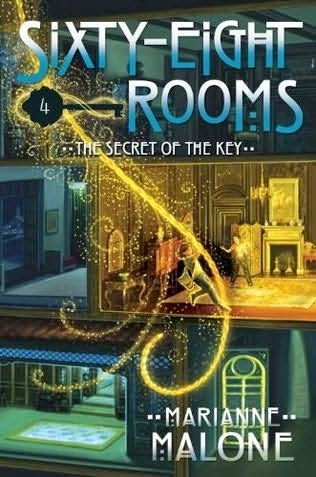 Filled with magic, mystery, miniatures, and adventure, the Sixty-Eight Rooms is the perfect series for fans of Chasing Vermeer, The Mixed-Up Files of Mrs. Basil E. Frankweiler, and The Dollpeople! Chicago sixth graders Ruthie and Jack think they’ve learned everything about the magic of the Art Institute’s Thorne Rooms. But the magic starts to act strangely when Ruthie and Jack discover two rings that are out of place—and out of time—and a portal that shouldn’t be open but somehow is. Ruthie and Jack follow the clues to seventeenth-century England and the Brownlow house, where they meet the Brownlow’s governess, Rebecca. But Rebecca has a few secrets of her own—and she might even be in the wrong century! Can Ruthie and Jack discover the truth about Rebecca’s mysterious past, or will they end up stuck in the wrong century themselves? Their quest for answers takes them from 1930s New York City and San Francisco to turn-of-the-century China. The only one who can truly answer their questions may be the woman who started it all: the room’s creator, Narcissa Thorne. But to talk to Mrs. Thorne, they’ll have to go back in time and find her! 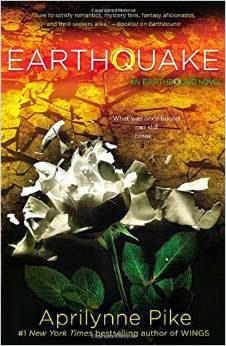 Aprilynne Pike - Earthquake (Earthbound) - Published by Razorbill (July 8, 2014)Tavia Michaels has discovered that she’s an Earthbound—a fallen goddess with the power to remake the Earth—and that a rival faction of Earthbounds, the Reduciata, has created a virus that is literally wiping swaths of the planet out of existence.  Tavia is captured and imprisoned before she can act on this information, along with her eternal lover, Logan. Huddled in a claustrophobic cell, they lose track of the days, their attempts to escape proving as ephemeral as Tavia’s newly gestating powers. But then Tavia and Logan are mysteriously rescued.

They’re brought to the underground headquarters of the Curatoria, another group of Earthbounds that Tavia doesn’t fully trust. There, she’s told that she can save the Earth before it disappears. She agrees.
Tavia quickly realizes that she isn’t like other Earthbound, and as her abilities continue to awaken, they begin to threaten her centuries-long relationship with Logan. When Benson—Tavia’s former best friend and romantic interest—appears at Curatoria headquarters, Tavia will again have to make a choice about who to be with even as she tries to stop the virus that is destroying the world and uncover the truth about the two Earthbound organizations that have her tangled up in their webs. 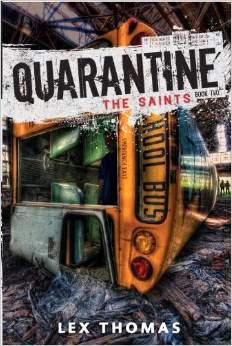 Lex Thomas - Quarantine #2: The Saints - Published by Egmont USA (July 8, 2014)
New in paperback! A cross between the Gone series and Lord of the Flies, Quarantine #2: The Saints continues this frenetically paced and scary young adult series that illustrates just how deadly high school can be. Nothing was worse than being locked in--until they opened the door...McKinley High has been a battleground for eighteen months since a virus outbreak led to a military quarantine of the school. When the doors finally open, Will and Lucy will think their nightmare is finished. But they are gravely mistaken.As a new group of teens enters the school and gains popularity, Will and Lucy join new gangs. An epic party on the quad full of real food and drinks, where kids hook up and actually interact with members of other gangs seemed to signal a new, easier existence. Soon after, though, the world inside McKinley takes a startling turn for the worse, and Will and Lucy will have to fight harder than ever to survive.