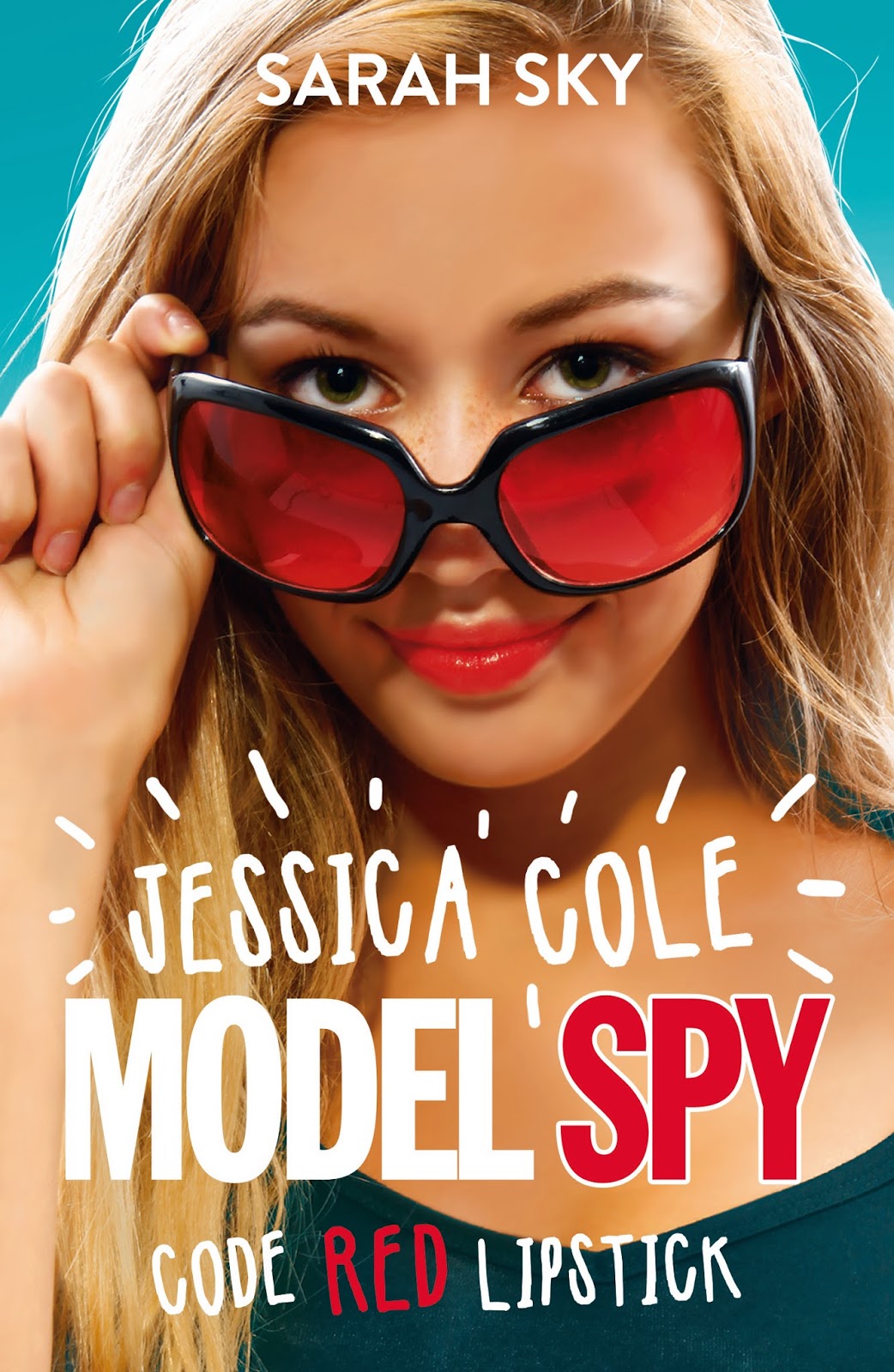 JESSICA Cole’s an average teenager, except when she’s modelling and helping out her private investigator dad on surveillance jobs.
When the former MI6 spy vanishes mysteriously, the 14-year-old takes matters into her own hands.
Following her dad’s trail to Paris, her investigation leads her to AKSC, the beauty headquarters of former supermodel, Allegra Knight, and a conspiracy involving an MI6 double agent.
Jessica needs her wits about her - as well as lots of gadgets to give her the upper hand against dangerous adversaries.

But what gadgets do spies really use? I’d asked a “security expert” friend for advice while researching Code Red Lipstick.  Without skipping a beat, he replied: "If you can imagine it, so can MI6 and every other security service. In fact they're probably already using it."
In fact, nothing is too implausible in the real world from lipstick guns designed by the KGB at the height of the Cold War to tiny, insect-sized spy drones already being developed by the US army.
What about a “Cheetah” robot that could outrun the fastest man on Earth? Check. It’s under development in America and will be able to sprint, zigzag and be precise enough to stop on a dime.

How about enabling a spy or a soldier to run at Olympic speeds and go for days without food or sleep?
Again, that's taken care of if new research into gene manipulation is successful in the US. Injured operatives and soldiers could eventually be able to grow back limbs blown apart by bombs.
The truth is that governments across the world are conducting jaw-dropping research, which sounds like science fiction but could mean the difference between life and death in espionage, as well as wars.
Even the Ministry of Defence's own think-tank, the Development Concepts and Doctrine Centre, predicts that by 2045, advances in medical technology could create a class of genetically superior humans – similar to characters like Wolverine from X Men.

It believes that brain implants may be developed that 'either augment or enhance vision, language, auditory and memory capabilities'.  With all this in mind, I've twice ventured to a West London annual security conference - heavily vetted, never widely advertised and visited by 'spooks' - as research for my Jessica Cole: Model Spy series, being launched by Scholastic. I've experimented with the latest tactical ladders used in hostage situations and the high-tech grapnels used to scale submarines as well as encrypted mobile phones and facial recognition technology, which can spot even the partly obscured face of a target in a crowd.

I've been taught how to use the hidden gadgets in high-tech armoured car to disable or even destroy a vehicle in pursuit. I'd be long gone before a villain in one of my books managed to catch up.
I’ve learnt that surveillance robots and mini-helicopters are a vital tool on covert missions and that electro-magnetic pulses will kill an engine instantly if a target attempts to escape by car or speed boat.
What has my research taught me? That the gadgets Jessica uses can never be too far-fetched or unrealistic.

The teenager could quite easily wear taser trainers, designed by MI6, and have a powder compact that enables her to see through walls. After all, she wouldn't be a very good spy, if she wasn't well-equipped and ready for the equally well-equipped baddies she encounters.  I'll be back at the conference again next year, looking out for the latest mind-blowing gadgets.  But it’s the top secret ones which will never be on display that interest me most. Fact, as they say, will always be stranger than fiction.

* Code Red Lipstick by Sarah Sky is published by Scholastic on 5 June 2014
www.sarahsky.co.uk