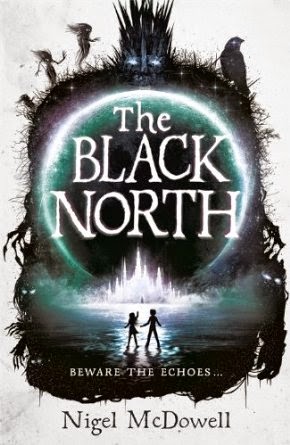 Book Review: After reading Nigel's debut novel last year, TALL TALES FROM PITCH END, I was very interested to see what the author would dream up next. I was not really expecting this latest story, to be honest, but what a fantastic read. Like the first novel, the author in my opinion delivers a unique insight into a fantasy world that captivates the reader on so many levels. This is an atmospheric dark tale that will sweep you off your feet in many different ways.

This is a fast paced, mystical adventure that is very surreal but, also at times, rather confusing as some of the characters that you thought were dead magically reappear! This might have been a trick of my own imagination, but nevertheless, this made for an explosive epic battle.

One strength of the story was the author's overly wild imagination which is deployed to fantastic effect; lots of detailed backstory and a plot that hooked me from the very beginning.

The characters are absolutely brilliant. Many of them should have a stand-alone book written just for them. Bizarre creatures have been depicted within this book, such as the Briar-Witches, that really will scare the pants of you. I particularly liked the 'Master of the Big House' and his stone statue sister; they lifted the story for me. On a number of occasions, I found myself giggling in a mad and demonic sort of way.

Nigel paints a picture of a complex world that is crumbling into nothingness; a powerful force of evil that the human race need to fight. All of which is told with some elements of folklore and dark magic but within a fairytale style. This blend reads like one big nightmare. Told from the point of Oona, a female heroine who is stubborn and strong - she is a match for anyone as she lead us through this fantastic tale. This is a story for every reader with a vivacious appetite for the unimaginable and the terrifying. It was a huge hit with me and one that I would thoroughly recommend.

Book Synopsis:
The Divided Isle, once a place of peace and tranquillity, has been ravaged by war. Twins Oona and Morris live with their grandmother in a stone cottage in the quiet southern county of Drumbroken, but the threat of the Invaders of the Black North - the ravaged northern part of the island - is coming ever closer. When Morris, fighting against the Invaders, is kidnapped by one of the evil Briar Witches, Oona must journey to the unknown realms of the Black North in search of her brother. She is accompanied only by Merrigutt, a jackdaw with mysterious transformative powers, and a treasured secret possession: a small stone in the shape of a plum, but a stone that reveals truths and nightmares, and which the Invaders and their ruler, the King of the North, seek more than anything. Oona must keep the stone safe at all costs, and find her brother, before the King of the North extends his evil hold over the whole island and destroys it forever.
Posted by Mr Ripley's Enchanted Books on June 10, 2014