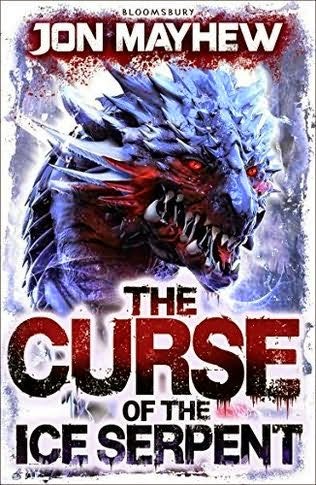 I would like to thank my good friend Jon Mayhew for taking the time to answer some questions. Many of these relate to his brand new book 'The Curse of the Ice Serpent' which was published on the 15th January by Bloomsbury and is the third book in the Monster Odyssey series. I'm sure that you will have fun reading both the book and the below post.

Tell us a little bit about The Curse of the Ice Serpent?

It’s the third adventure for Prince Dakkar and once again, he’s up against the evil organisation called Cryptos. This time, he and Georgia Fulton travel North to the frozen wastes of Greenland to stop Cryptos finding another meteor fragment called the Heart of Vulcan. With it the evil organisation will power a flying fortress that will rain fire and destruction down on the capitals of the world. This adventure is a real game-changer and leaves Dakkar isolated and dependent on his own wits. As ever, he is asking who can he trust, who is the real enemy and who is the real monster?

Is there a message in your novel that you want readers to grasp?

Prince Dakkar is a young Captain Nemo, the tortured character from Twenty Thousand Leagues Under the Sea. Nemo struggles with trust and the urge to take revenge on the Empires that took away everything he loved. In a sense, I’m starting that journey and hopefully, showing how taking revenge is a destructive impulse. Dakkar is always wrestling with the notion that he could become as bad as the people he is chasing and whose plans he is trying to thwart.

Give us an insight into your main character. What does he do that is so special?

Prince Dakkar is a ‘work in progress,’ he can be very proud and aware of his status but his friends bring him down to earth. He is loyal to anyone who shows kindness to him but can be vindictive towards his enemies and he is constantly having to keep his temper in check. Dakkar is a clever boy, inventive and intelligent. He’s an inventor and makes his own improvised weapons, can pick locks, fix and modify machinery. Often, however, sometimes, he needs his best friend Georgia to point the obvious to him. He’s a strong lad and a keen fighter too, he can use a sword and pistol if he needs to but does not like taking life.

What are you working on at the minute?

The fourth Monster Odyssey book is with the editor now and takes Dakkar to the deserts of North Africa to face, well, let’s just say ‘giant creepy crawlies…’

How much research do you do?

The stories run from 1814 to 1816, so I research key events in those years. I also like to have a good idea of setting so a while back, I went to Hartlepool and visited HMS Trincomalee, which is a Leda class frigate of the kind Dakkar might have sailed on. I also research online, especially to get images or information about the locations as I can’t really afford the time to go to Greenland! 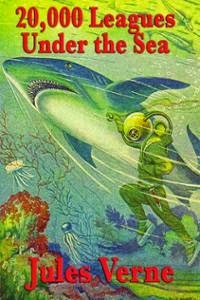 What books have most influenced your life?

There are books that have stayed with me, ‘A Christmas Carol’ and ‘Great Expectations’ for instance and some that have inspired me and influenced my work such as ‘Twenty Thousand Leagues Under the Sea’ or the stories of ‘M.R.James.’ I love ‘Holes’ by Louis Sachar, it’s such a clever plot and a simply-told story. There’s a book called ‘The Five and a half Club’ which was on the reading scheme in my primary school, waaaay back and that put me off reading at the age of nine for a long time. Then there’s ‘A Breed to Come’ by Andre Norton, which probably started me reading again when I was twelve or thirteen.

What was the hardest part of writing your book?

The hardest part is always the middles for me. I generally have a sense of the ending and the overall arc but sometimes I find it hard to find a way in the darkness of the midpoint of the story! Then there’s the redrafting once you’ve had it back from the editor, that can be tough, too, because you’ve written the story out of yourself and probably started falling in love with the next big thing you’re writing and sometimes, it’s hard to drag yourself back to the current work!

I learnt a lot of Inuit folktales and monsters. They’re brilliant, slimy and sneaky and they drag you into the freezing cold water before you know what’s happening!

I quite like K.M. Weiland’s website: http://www.helpingwritersbecomeauthors.com/write-character-arcs at the moment and, in particular, her advice on characters and asking, ‘what is the lie your character believes?’ I think there’s a lot of mileage in that, when you’re considering any character and how they develop.

Is there anything else you would like to tell us?


Ice Serpent is available in all good book shops and probably some middling ones too (if there is such a thing!)
By Mr Ripley's Enchanted Books on January 20, 2015