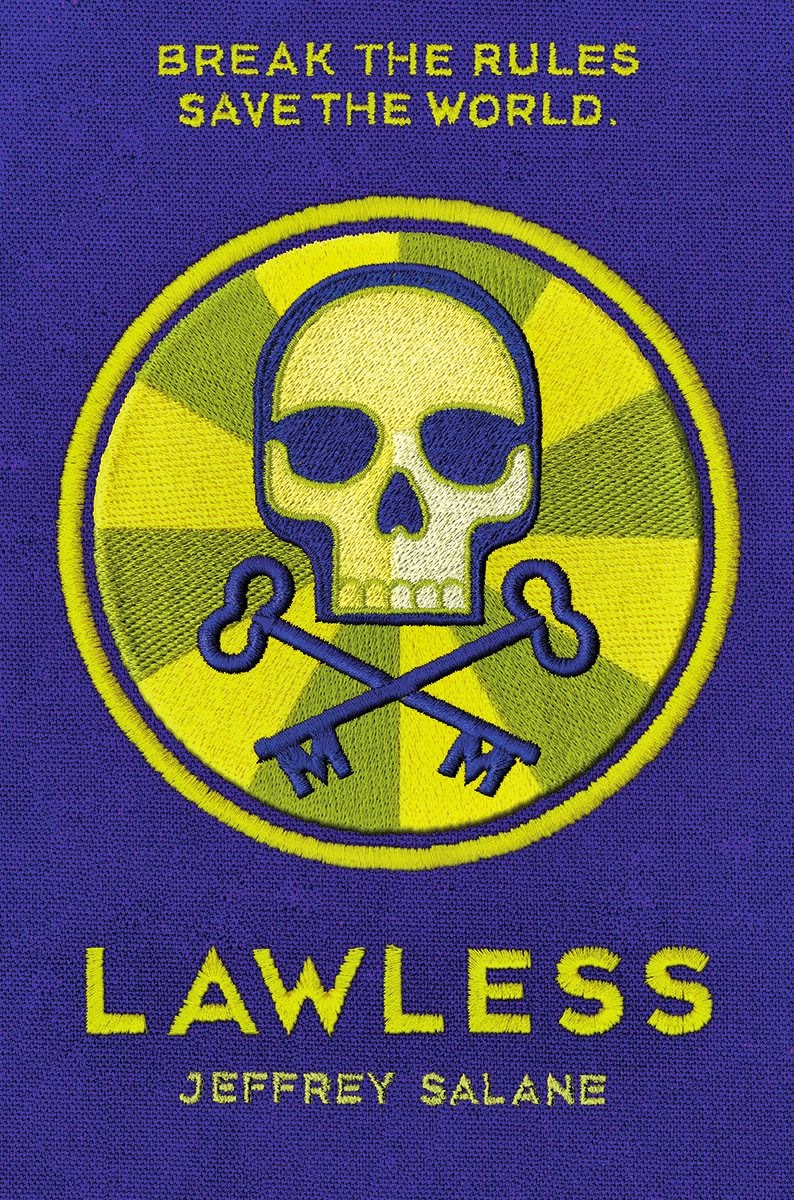 Jeffrey Salane - Lawless - Published by Scholastic Press (24 Feb. 2015)
Heists, escapes and double-deals. And that's all before lunchbreak. Welcome to Lawless School. Rule #1: Trust no one. When M crash-lands at the elite Lawless School, it is not what she was expecting. She's soon learning safe-breaking and computer-hacking. Not to mention how to jump off moving trains and steal priceless paintings. Surrounded by trainee criminals, she'll have to keep her wits about her (just as well they re razor-sharp). But will she be good or bad enough for Lawless? The fastest, smartest adventure thriller you ll read all year. 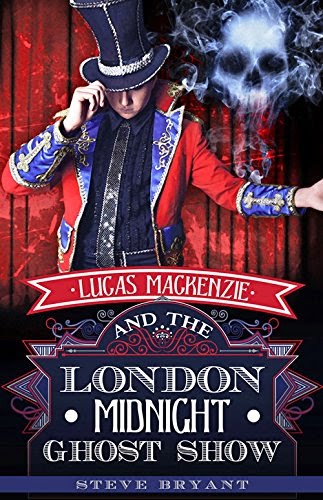 Steve Bryant - London Midnight Ghost Show - Published by Month9books (24 Feb. 2015)
Lucas Mackenzie has got the best job of any 10 year old boy. He travels from city-to-city as part of the London Midnight Ghost Show, scaring unsuspecting show-goers year round. Performing comes naturally to Lucas and the rest of the troupe, who’ve been doing it for as long as Lucas can remember. But there’s something Lucas doesn’t know. Like the rest of Luca’s friends, he’s dead. And for some reason, Lucas can’t remember his former life, his parents or friends. Did he go to school? Have a dog? Brothers and sisters? If only he could recall his former life, maybe even reach out to his parents, haunt them.When a ghost hunter determines to shut the show down, Lucas realizes the life he has might soon be over. And without a connection to his family, he will have nothing. There’s little time and Lucas has much to do. Can he win the love of Columbine, the show's enchanting fifteen-year-old mystic? Can he outwit the forces of life and death that thwart his efforts to find his family? Keep the lights on! Lucas Mackenzie’s coming to town 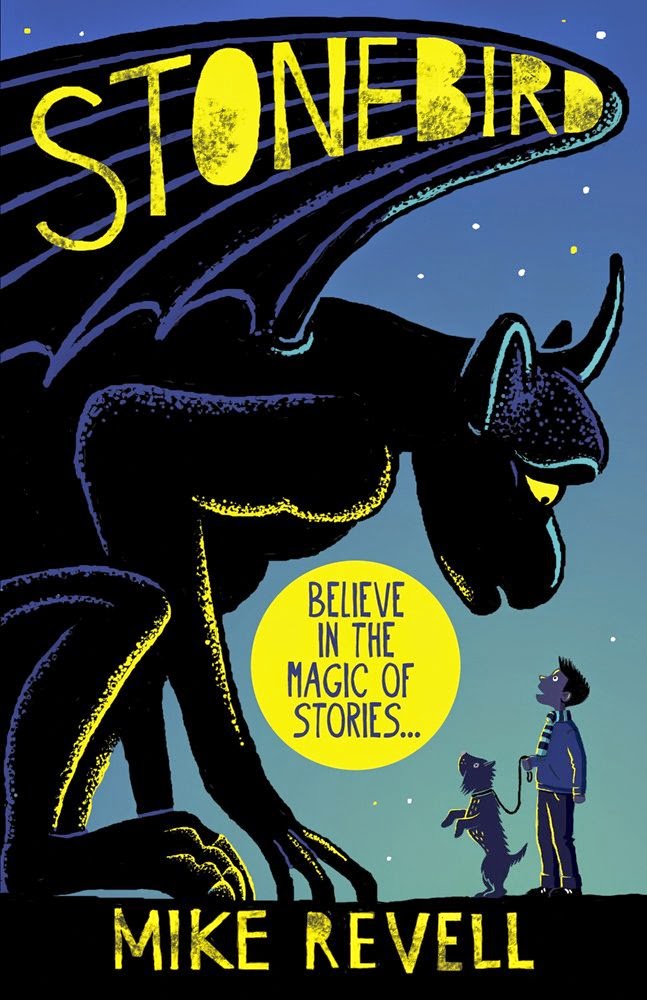 When ten-year-old Liam moves house to be closer to his dementia-suffering grandma, he's thrown into an unfamiliar place, with a family that seems to be falling apart. Liam doesn't remember what his grandma was like before she became ill. He only knows the witch-like old woman who snaps and snarls and eats her birthday cards. He wants to fix it, but he can't.
Walking his dog one day, Liam discovers an old stone gargoyle in a rundown church, and his life changes in impossible ways. The gargoyle is alive. It moves unseen in the night, acting out Liam's stories. And stories can be dangerous things...
Seeking revenge against the bullies at his new school, Liam tells a story about the gargoyle attacking them. When one of them ends up in hospital, a regretful Liam vows never to go near the gargoyle again.
But his grandma's illness is getting worse, his mum isn't coping, and his sister is skipping school... What if the gargoyle is the only thing that can save Liam's family? 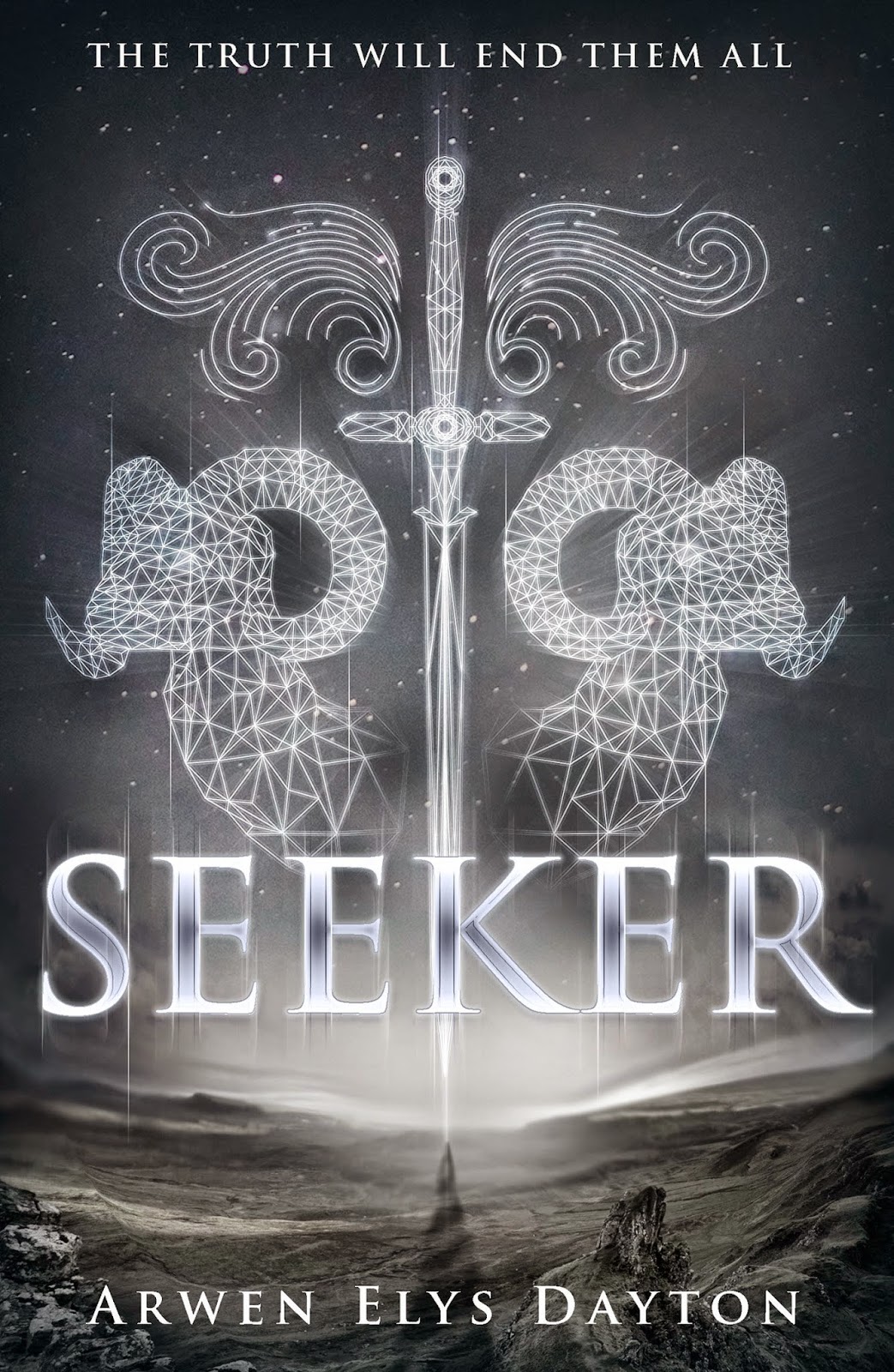 Arwen Elys Dayton - Seeker - Published by Corgi Childrens (12 Feb. 2015)
Quin Kincaid has been put through years of brutal training for what she thinks is the noble purpose of becoming a revered ‘Seeker’.
Only when it’s too late does she discover she will be using her new-found knowledge and training to become an assassin. Quin's new role will take her around the globe, from a remote estate in Scotland to a bustling, futuristic Hong Kong where the past she thought she had escaped will finally catch up with her.
By Mr Ripley's Enchanted Books on January 23, 2015