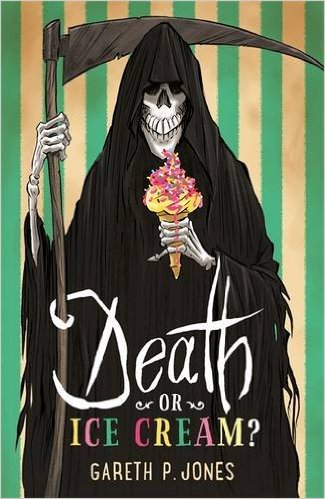 Gareth P. Jones - Death or Ice Cream? - Published by Hot Key Books (7 Jan. 2016)
Larkin Mills: The Birthplace of Death! Larkin Mills is no ordinary town. It's a place of contradictions and enigma, of secrets and mysteries. A place with an exquisite ice cream parlour, and an awful lot of death. An extraordinary mystery in Larkin Mills is beginning to take shape. First we meet the apparently healthy Albert Dance, although he's always been called a sickly child, and he's been booked into Larkin Mills' Hospital for Specially Ill Children. Then there's his neighbour Ivor, who observes strange goings-on, and begins his own investigations into why his uncle disappeared all those years ago. Next we meet Young Olive, who is given a battered accordion by her father, and unwittingly strikes a dreadful deal with an instrument repair man. Make sure you keep an eye on Mr Morricone, the town ice-cream seller, who has queues snaking around the block for his legendary ice cream flavours Summer Fruits Suicide and The Christmas Massacre. And Mr Milkwell, the undertaker, who has some very dodgy secrets locked up in his hearse. Because if you can piece together what all these strange folks have to do with one another ... 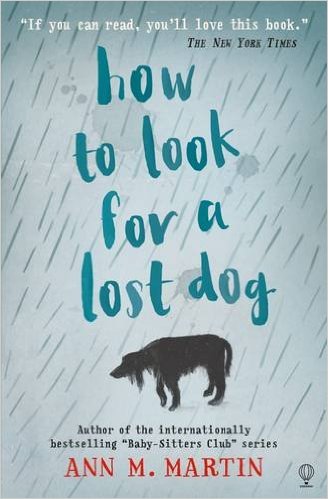 Ann M. Martin - How to Look for a Lost Dog - Published by Usborne Publishing Ltd (1 Jan. 2016)
11-year-old Rose is autistic and struggles to understand her classmates. But when her father gives her a stray dog, which she names Rain, the dog becomes her best friend, her anchor in a confusing world. So when Rain goes missing during a storm, Rose refuses to stop looking for her...A touching story from the beloved author of The Babysitters Club. 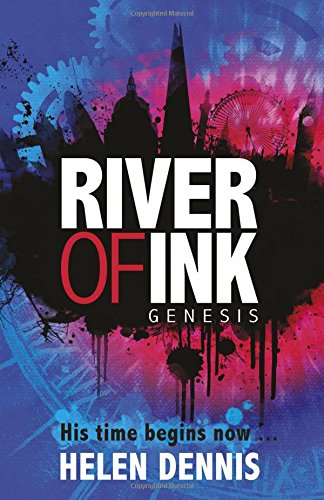 Helen Dennis - River of Ink:1 Genesis - Published by Hodder Children's Books (14 Jan. 2016)
What if a teenage boy washed up on the banks of the River Thames, soaked to the skin and unable to explain who he is? What if the only clue to the boy's identity is a sketch he made of a strange symbol?
Who would help him? Who would hunt him?


Who is River Boy?

When a mystery teenage boy emerges from the River Thames drenched, distressed and unable to remember anything about himself, he becomes the focus of worldwide media speculation. Unable to communicate, the River Boy is given paper and a pencil and begins to scribble. Soon a symbol emerges, but the boy has no idea why he has drawn it even thought it's the only clue to the mystery of his identity...


As the boy begins to build a new life under a new name, the hunt for his real identity begins.


A hunt which will lead him on a dangerous QUEST that he has only one year to complete ... 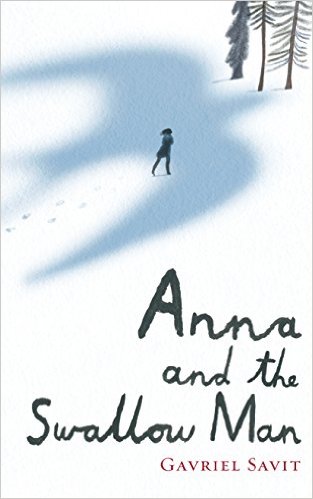 Gavriel Savit - Anna and the Swallow Man - Bodley Head (28 Jan. 2016)
Anna and the Swallow Man is a stunning, literary, and wholly original debut novel that tells a new WW2 story.
Kraków, 1939, is no place to grow up. There are a million marching soldiers and a thousand barking dogs. And Anna Lania is just seven years old when the Germans take her father and suddenly, she’s alone.
Then she meets the Swallow Man. He is a mystery, strange and tall. And like Anna's missing father, he has a gift for languages: Polish, Russian, German, Yiddish, even Bird. When he summons a bright, beautiful swallow down to his hand to stop her from crying, Anna is entranced.
Over the course of their travels together, Anna and the Swallow Man will dodge bombs, tame soldiers, and even, despite their better judgement, make a friend. But in a world gone mad, everything can prove dangerous . . .