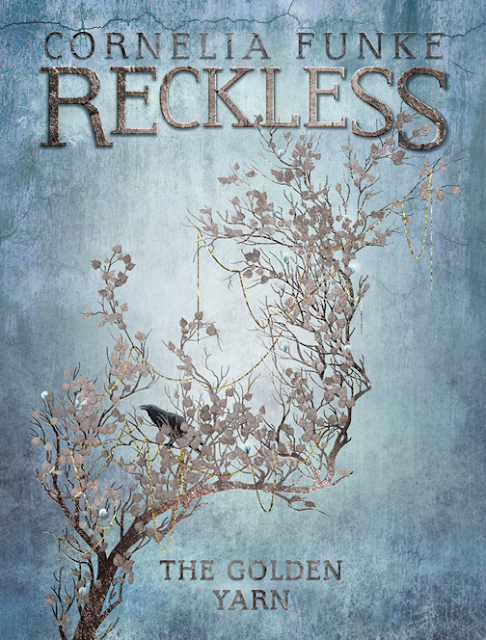 Jacob Reckless continues to travel the portal in his father's abandoned study. His name has continued to be famous on the other side of the mirror, as a finder of enchanted items and buried secrets. His family and friends, from his brother, Will to the shape-shifting vixen, Fox, are on a collision course as the two worlds become connected. Who is driving these two worlds together and why is he always a step ahead?

This new force isn’t limiting its influence to just Jacob’s efforts – it has broadened the horizon within MirrorWorld. Jacob, Will and Fox travel east and into the Russian folklore, to the land of the Baba Yaga, pursued by a new type of being that knows our world all to well.

Excerpt:
When he spotted Clara at the bottom of the steps, he nearly stumbled into a tourist who was coming up.

Will? Jacob’s heartbeat was set racing by all the worries he’d tried to keep at bay ever since he sent his brother back through the mirror. It was ridiculous how any unusual gesture or expression he’d not seen on his brother’s face before immediately took him back to those moments in the palace in Vena where Will had nearly killed him. But Clara smiled at him reassuringly, and Jacob slowed so that he wouldn’t stumble over his own feet. If this wasn’t about Will, then what was she doing here?

Yes, what, Jacob? Oh, he could be such a fool. Naive like a puppy, he stumbled straight into the trap. But the face at the bottom of the steps was so familiar. It still reminded him of all they’d been through together. His memory’s soft focus had turned even the Larks’ Water into a pleasant anecdote. He noticed she was wearing leather gloves despite the warmth of this summer morning, but he didn’t think too much of it.

Cornelia Funke's MirrorWorld for iOS iPad
MirrorWorld is a compendium of living stories that expand on the fantasy world of best-selling author Cornelia Funke's Reckless and Fearless novels. The app combines cinema, storybook, and interactive elements in 16 different adventures and experiences. Immerse yourself in the tales, the magical panoramas, characters and curiosities, or read them as illustrated stories.
For the first time ever, the MirrorWorld described in Cornelia's fiction can be seen and explored – but only by those willing to take the leap and venture beyond the Mirror....