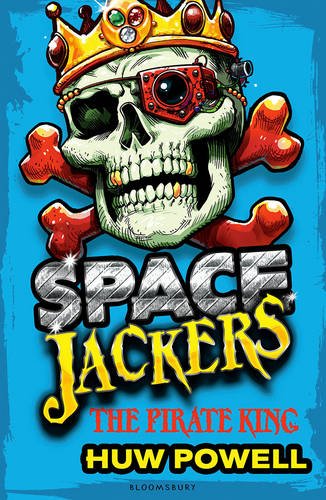 The galaxy is at war and Jake Cutler is at the heart of it. With his friends and allies captured, it's up to teenage space pirate Jake to go into battle and take down the corrupt Interstellar Government once and for all. But in order to win this battle, Jake must find his father and confront secrets from his own past …

Prepare for blast-off with the explosive third book in the Spacejackers series – perfect for fans of Star Wars, pirates and space adventures of all shapes and sizes.

The Pirate King has been published today and, sadly, this is the last instalment of the Spacejackers series. This has been one of my favourite on-going series, but it has now come to a galactic supernova end. It has been a fantastic series, but the question everyone wants the answer to is: will we ever see Jake Cutler and the crew again? Well, you will have to buy the book and turn the pages as fast as a rocket launching to find out. So go on, what are you waiting for? This fabulous book is out now in all good bookshops across the galaxy.

The third book follows on seamlessly from the second book 'The Lost Sword'. Jake finds himself searching for the answers about his father and whether he is alive or not. This leads him into interesting scenarios and dangerous situations. However, you'll have to read the book to find out more.

Jake forms the group The Independent Alliance to unite the galaxies to fight the corrupt Interstellar Government. He leads the independent colonies into battle which results in a climatic battle that will fill your space boots full of swashbuckling capers.

From start to finish the story is brilliantly engaging. It has been injected with a gravitational pull that super-charges your imagination and will capture the mind of all readers regardless of age and gender. Any loose ends are neatly tied up by the end of the book to create a satisfying reading experience.

You could read this book as a standalone story but, if you do, then it should make you read the other books with gravitational force. It will fill you with humour and action battles as well as giving a massively explosive space opera. It has a great setting full of brilliantly executed, imaginative characters as well as a wonderful plot straight from a childhood dream. Will you be sucked into a black hole (or two!) or as a reader will you come out fighting fit? This is a fantastic series. In fact, it is one of the very best to keep your attention from the first book until the very last page of this book. MAGNIFTY!!!

Please keep an eye out for the interview with Huw Powell which explores The Pirate King (book 3) and his writing career. This will be available on Mr Ripley's Enchanted books website early next week. 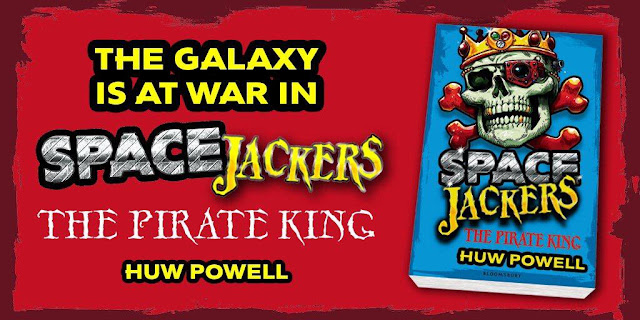