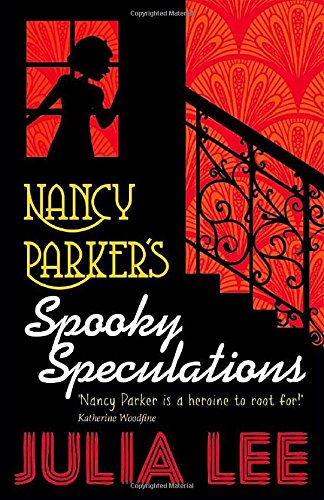 Maidservants, Mystery, and Murder! Everyone's favourite housemaid-detective is back! Now Nancy has a new job working at Oxcoombe Grange. It's great except for one thing - Nancy is convinced the house is haunted! Ella Otter, now a reluctant pupil at nearby Seabourne Grammar School for Girls, demands a scientific investigation. Together, Nancy and Ella set out to do some spooky snooping, and to uncover the mysteries of the Grange's cellars. But in doing so they make a few enemies, discover a few surprising secrets, and put themselves into a little more danger than they were bargaining for . . . A funny and energetic middle-grade mystery, narrated part in the third person and part through Nancy's illustrated journal. Perfect for fans of Murder Most Unladylike and The Mystery of the Clockwork Sparrow. 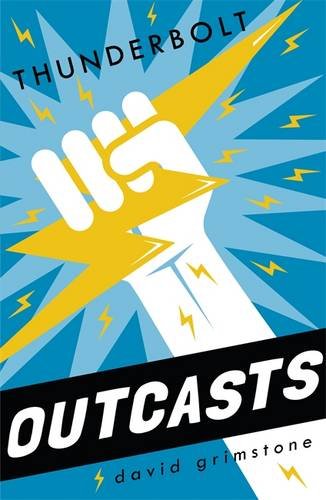 Self-named The Outcasts; Jake (Dealmo) and his friends Kellogg, Lemon and Fatyak like to spend their spare time playing role playing games. But things are about to get a little more interesting ...
Armed with new superpowers, the friends are on a mission to stop a ruthless organisation from ruining the world.
This time, it's God of the Sky, Zeus's Thunderbolt they must save.
But will their superpowers be enough to win the battle ... and tame the storm... 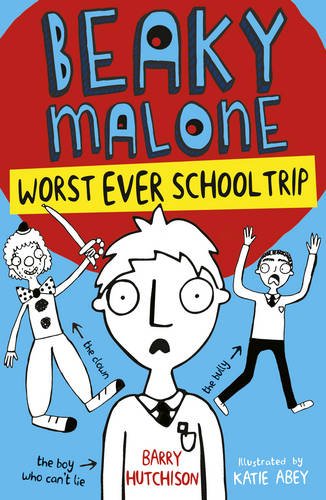 A hilarious new series from best-selling author, Barry Hutchison, perfect for fans of Tom Gates, Wimpy Kid and Barry Loser.
“I like to smell my own farts…” Gah! Someone shut me up!

It’s been 92 hours since Beaky last told a lie. So far he’s survived two full days of school with only three light beatings, two telling-offs and one wedgie ... but the annual school trip is going to take Beaky’s survival skills to a whole other level – especially as a mix up in the school office means that Beaky and his class are on a trip to Learning Land, an educational theme park aimed at eight-year-olds. And home to cheery-but-creepy Clumso the Clued-up Clown whose job is to dish out fascinating facts to one and all.

But there is worse to come when Beaky’s partnered with Wayne, a.k.a the school bully, who has a morbid fear of clowns. With Beaky unable to tell a lie and Wayne intent on beating him up, things aren’t looking good. And that’s before they find themselves on the run from a manic clown who’ll seemingly stop at nothing to track them down… 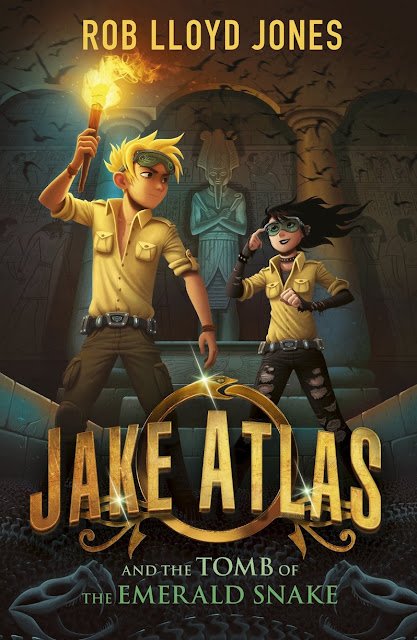 The Atlas family is in trouble: Jake hides an addiction to stealing; his twin sister, Pan, has to conceal her genius, for fear of bullies. The siblings can't stop fighting - with each other and with their parents, stuffy professors of Ancient History. But Jake's and Pan's lives take a dramatic turn the day they discover the truth about their boring mum and dad. When the family go to Cairo on holiday, Jake and Pan's parents mysteriously vanish and it's up to the twins to find them. They must team up with shady tomb robbers, master high-tech gadgets and locate a lost tomb in this story of a family that finds itself in the deserts of Egypt.
Email Post
Labels: Action Adventure Book Picks UK 2017 Fantasy January 2017 Middle Grade Books Mystery New Book Releases UK