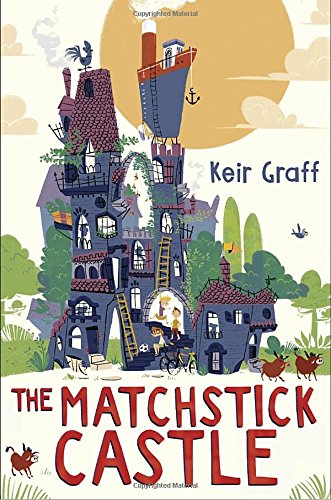 Here we have four hand-picked books to munch away for your reading pleasure in January 2017 all published in the US.

A wild and whimsical adventure story, perfect for fans of Escape from Mr. Lemoncello’s Library

Brian can think of a few places he'd rather spend his summer than with his aunt and uncle in Boring, Illinois. Jail, for example. Or an earplug factory. Anything would be better than doing summer school on a computer while his scientist dad is stationed at the South Pole.

Boring lives up to its name until Brian and his cousin Nora have a fight, get lost, and discover a huge, wooden house in the forest. With balconies, turrets, and windows seemingly stuck on at random, it looks ready to fall over in the next stiff breeze. To the madcap, eccentric family that lives inside, it’s not just a home—it’s a castle.

Suddenly, summer gets a lot more exciting. With their new friends, Brian and Nora tangle with giant wasps, sharp-tusked wild boars, and a crazed bureaucrat intent on bringing the dangerously dilapidated old house down with a wrecking ball.

This funny, fantastical story will resonate with any reader who’s ever wished a little adventure would find them. Jonathan Grisby is the newest arrival at the Slabhenge Reformatory School for Troubled Boys--an ancient, crumbling fortress of gray stone rising up from the ocean. It is dark, damp, and dismal. And it is just the place Jonathan figures he deserves.

Because Jonathan has done something terrible. And he's willing to accept whatever punishment he has coming.

Just as he's getting used to his new situation, however, a freak accident leaves the troubled boys of Slabhenge without any adult supervision. Suddenly the kids are free, with an entire island to themselves. But freedom brings unexpected danger. And if Jonathan can't come to terms with the sins of his past and lead his new friends to safety... then every boy on the island is doomed.

Dan Gemeinhart's most gripping novel yet, this is a tale of misfits and outcasts at odds and in peril, and a redemption story that shines a light on dark truths to reveal that the strongest prisons of all are the ones we build for ourselves. 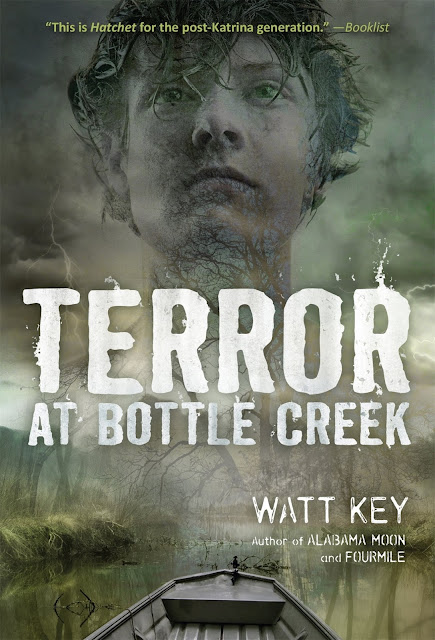 In this gritty, realistic wilderness adventure, thirteen-year-old Cort is caught in a battle against a Gulf Coast hurricane. Cort's father is a local expert on hunting and swamp lore in lower Alabama who has been teaching his son everything he knows. But when a deadly Category 3 storm makes landfall, Cort must unexpectedly put all his skills―and bravery―to the test. One catastrophe seems to lead to another, leaving Cort and two neighbor girls to face the storm as best they can. Amid miles of storm-thrashed wetlands filled with dangerous, desperate wild animals, it's up to Cort to win―or lose―the fight for their lives.
Terror at Bottle Creek by Watt Key is a harrowing survival story set in a gripping, man vs. nature situation. 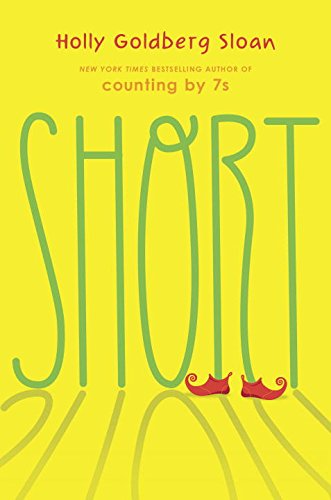 Holly Goldberg Sloan - Short - Published by Dial Books (January 31, 2017)
In this heartwarming, funny middle-grade novel by the New York Times bestselling author of Counting by 7s, Julia grows into herself while playing a Munchkin in a production of  The Wizard of Oz

Julia is very short for her age, but by the end of the summer run of The Wizard of Oz, she'll realize how big she is inside, where it counts. She hasn't ever thought of herself as a performer, but when the wonderful director of Oz casts her as a Munchkin, she begins to see herself in a new way. Julia becomes friendly with the poised and wise Olive--one of the adults with dwarfism who've joined the production's motley crew of Munchkins. With her deeply artistic neighbor, Mrs. Chang, Julia's own sense of self as an artist grows. Soon, she doesn't want to fade into the background--and it's a good thing, because her director has more big plans for Julia!

Bubbling over with humor and tenderness, while emphasizing the importance of role models, this is an irresistible story of self-discovery.
By Mr Ripley's Enchanted Books on January 16, 2017