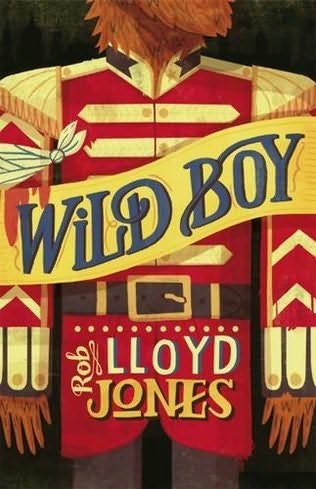 Roll Up....... Roll Up....... Come this way folks to see the savage spectacle of Wild Boy in all of its freaky glory. Pay the man, Ladies and Gentlemen, then take your seats and get ready for the show of your life.

A boy with extraordinary powers of observation and detection. A boy accused of murder; a boy on the run and hungry for the truth. London, Greenwich (October 1841) is the time and setting for this brilliantly written tale of mystery and intrigue, which is based around an unlikely victim - Wild Boy. A boy covered in hair (raised as a monster) who is alone and bullied, but finally finds himself condemned to life in a travelling freak show.
However, he is also forced to turn his skills of logic, observation and clear thinking into a way of saving himself from a crime of murder he did not commit. He has to work it all out, just like Sherlock Holmes would have done. It's a detective book, but at the heart of the story adventure is really at it's soul.

Wildboy is particularly well written - he is a very likeable character, who is fresh, complex and interesting to read, not like your typical hero. He has to battle his roller-coaster emotions along the way trying to keep them in check, whilst seeking justice, and trying to save his own skin and that of his unlikely new found friend, Clarissa. This is certainly not an easy task at all. The book is deliciously dark in places and full of some particularly mysterious characters, who all have a great part to play. As part of the classic "who has done it?" scenario, they keep you guessing on your padded feet right up until the very end of the adventure.

Blessed with many spooky and chilling events that you will really love, this book has originality and a great deal of thought throughout it.

This is a brilliant story by the debut author, Rob Lloyd Jones. I have to say that I was particularly surprised by the quality of the writing from start to finish. Rob's daydreams on the way to work have really turned up trumps, in my humble opinion. It has a great feel to this book - an easy going and imaginative story, but as you are drawn towards the end of the book the whole story intensifies. The pace and action really make for a particularly engaging ending, which I really loved.
This is an epic debut start, which I'm really pleased to tell you all about. Why not go out and find a copy to read during April. Hopefully you will love it as much as I did.