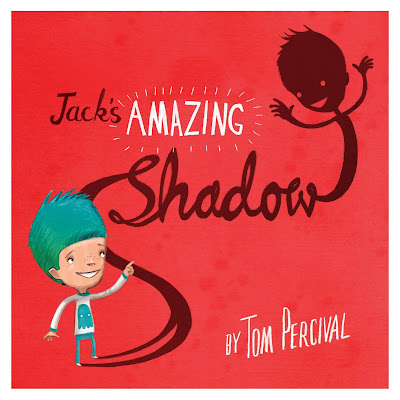 Tom Percival - Jacks Amazing Shadow - Published by Pavilion Children's (18 April 2013)
Jack and his amazing magical shadow are the VERY best of friends. But when Jack s shadow is naughty and Jack himself gets the blame they have a falling out. Will jack and his shadow ever be reunited? A lively story that's perfect for anyone who's ever wondered what their shadow gets up to when they're not looking!


Lemony Snicket and Jon Klassen - The Dark - Published by Orchard (3 April 2013)
Laszlo is afraid of the dark. The dark lives in the same house as Laszlo but mostly it spends its time in the basement. It doesn't visit Laszlo in his room. Until one night it does. With emotional insight and poetic economy, Lemony Snicket and Jon Klassen bring to light a universal and empowering story about conquering fear. Join a brave boy on his journey to meet the dark, and see why it will never bother him again.


Oliver Jeffers - The New Jumper  (The Hueys) - Published by HarperCollins (25 April 2013)
Meet the Hueys - a fabulously quirky group of characters from international bestselling, award-winning author/illustrator, Oliver Jeffers, creator of How to Catch a Star and Lost and Found.


A fight has broken out amongst The Hueys. “It was not me! It was him!” But no one can remember what they’re fighting about. If only they could find an interesting distraction…