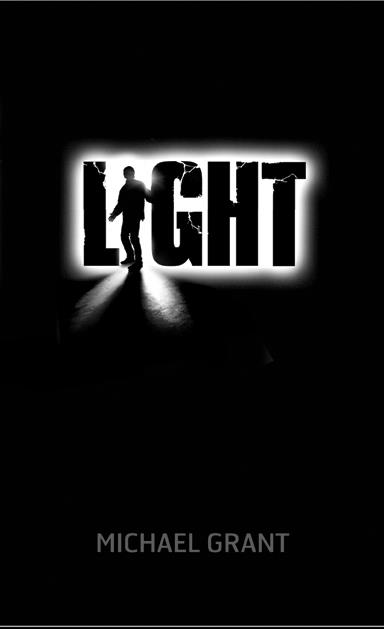 To celebrate the publication of LIGHT, the sixth and final book in Michael Grant’s bestselling GONE series, Egmont Press has created an online game, Gone Online, based on the books.  It launches today, Monday 11 March.
GONE was the first instalment in the epic teen series which has become hugely popular with teenagers internationally and has been lauded by Stephen King as ‘exciting, high-tension … told in a driving, torrential narrative that never lets up.’  Over 400,000 copies of the books have now been sold in the UK alone.

Gone Online can be played at www.gone-online.com over a six week period.  It draws on content from all five of the books so far and leads up to the much-anticipated publication of LIGHT, on 28 March.  Starting with four games at launch - Zeke Zap, Word Search, Hacker and a GONE quiz - there will be further games and challenges released on a weekly basis until the winner is announced.
The object of the game is to score as many points as possible.  Highly addictive, the games are designed to challenge, infuriate and test your skills, and to get you completely hooked.  Some of the games will reward time and speed, others ability and knowledge of the books.  Using the latest in location-based marketing, players can pick up extra points by checking in with their smart phones at specific locations – bookshops or libraries.

The winner of the game - the highest scorer at the end of the six weeks - will win an Apple iPad and the chance to meet Michael Grant in a private capsule on the EDF Energy London Eye on 4 May.  Participation will also be rewarded with prizes along the way, including signed editions and book tokens as well as never-before-seen content such as extra chapters and video messages from the author.

Michael Grant comments, “If you’ve been reading the GONE series all along, you probably know that we have reached the end. I have to admit that I felt a bit sad typing the last sentence of LIGHT.  It seemed strange that I would no longer be spending quite as much time with the gang.  I was concerned that some of you, the true fans, might have a bit of withdrawal.  So now you can play the game, which is all about the GONE universe. You do have to read the books to play some of the games so I consider this gaming of the best kind.”

Gone Online was created with the help of special think tanks –children from Horniman School in South London and Stoke Newington School in Hackney, East London.   Thirteen year-old Maliaka from Stoke Newington comments, “I love the different dilemmas and problems that the children have to go through to survive the FAYZ.  I am very excited about the idea of a game based on the series. It has been one of my favourite books to read so I can’t wait for the game.  I loved being involved with coming up with ideas for the game. It was really fun to get our heads together to make it as great as possible.  I spend any free time I have reading and I play games either with my family or friends. I love books and all the different characters and stories. It is like travelling through different worlds. ”

Mike Richards, Marketing Director at Egmont Press, comments, “We wanted to have some fun with the publication of LIGHT and give the fans of the series something challenging with a great prize – and it doesn’t come much better than being locked in a revolving glass pod with Michael Grant. Publishers are becoming more creative in the way that they connect authors with readers and I think this is a good example of that. I particularly like the element of the game that connects readers with bookshops via a physical check-in, which reinforces the idea that this is all about a game experience around Michael’s amazing novels, not for its own sake.”

Gone Online is hosted on a dedicated website and can also be played on smart phones.  Players of any age can take part and you don’t have to be a fan of the books, but it will certainly help.
After the initial six week competition, fans of Gone Online can continue to play, though no prizes will be available.

About the series
The six books in the series, published by Egmont Press, are GONE (2008), HUNGER (2009), LIES (2010), PLAGUE (2011), FEAR (2012) and LIGHT (28 March 2013).
The story starts when everyone over the age of 15 disappears in the blink of an eye, leaving hundreds of children trapped in a Californian town encased by a mysterious, impenetrable dome.  Inside, it is a matter of survival.  With no adults there are no rules and somehow the physics of the universe as we know it have changed, causing some of the children to develop strange powers.

Michael Grant
Michael Grant has always been fast-paced.  He’s lived in almost 50 different homes in 14 US states, and moved in with his wife, Katherine Applegate, after knowing her for less than 24 hours. His long list of previous occupations includes: law librarian, cartoonist, bowling alley mechanic, restaurant reviewer, waiter, documentary film producer and political media consultant.
Michael and Katherine have co-authored more than 150 books, including the massive hit series Animorphs, which has sold more than 35 million copies. Working solo, Michael is the author of the internationally bestselling series GONE and the ground-breaking transmedia trilogy BZRK. Michael, Katherine and their two children live in the San Francisco Bay Area, not far from Silicon Valley.
By Mr Ripley's Enchanted Books on March 11, 2013