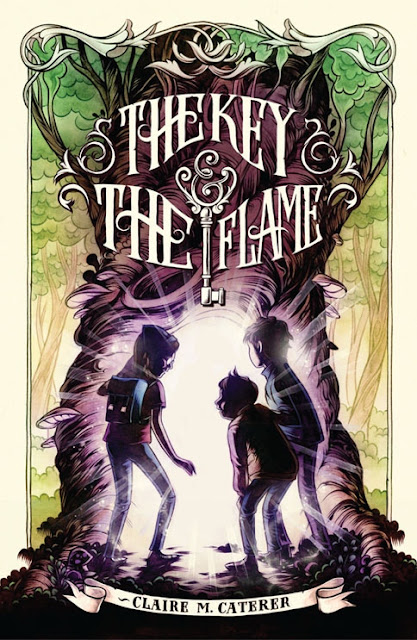 Claire M. Caterer - The Key & The Flame - Published by  Margaret K. McElderry Books (April 2, 2013) 9+
Eleven-year-old Holly Shepard longs for adventure, some escape from her humdrum life. That is precisely what she gets when she is given an old iron key that unlocks a door—in a tree.
Holly crosses the threshold into a stunning and magical medieval world, Anglielle. And as she does so, something unlocks within Holly: a primal, powerful magic. Holly is joined on her journey by two tagalongs—her younger brother Ben, and Everett, an English boy who hungers after Holly’s newfound magic and carries a few secrets of his own.When Ben and Everett are sentenced to death by the royals, whose fear of magic has fueled a violent, systemic slaughter of all enchanted creatures, Holly must save them and find a way back home. But will she be able to muster the courage and rise above her ordinary past to become an extraordinary hero? 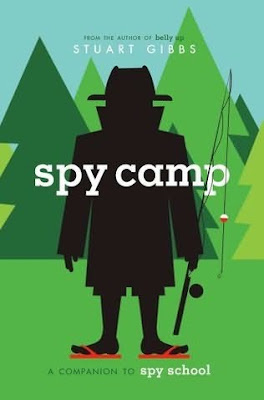 Stuart Gibbs - Spy Camp - Published by Simon & Schuster Books for Young Readers (April 2, 2013) 10+
School may be out for summer, but top-secret training continues for aspiring spy Ben Ripley—and so does the danger.
Ben Ripley is a middle-schooler whose school is not exactly average—he’s spent the last year training to be a top-level spy and dodging all sorts of associated danger. So now that summer’s finally here, Ben’s ready to have some fun and relax. Except that’s not going to happen, because a spy-in-training’s work is never done, and the threats from SPYDER, an enemy spy organization, are as unavoidable as the summer heat. Will Ben be able to keep his cover—and his cool? 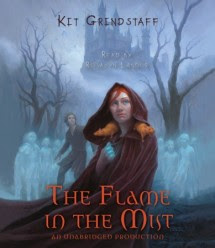 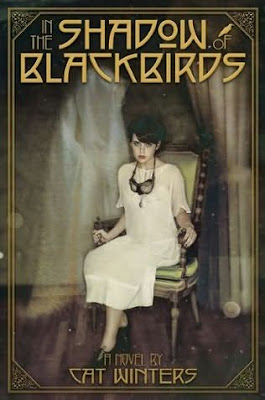 Cat Winters - in the Shadow of Blackbirds - Published by Amulet Books (April 2, 2013) - Teenage

In 1918, the world seems on the verge of apocalypse. Americans roam the streets in gauze masks to ward off the deadly Spanish influenza, and the government ships young men to the front lines of a brutal war, creating an atmosphere of fear and confusion. Sixteen-year-old Mary Shelley Black watches as desperate mourners flock to séances and spirit photographers for comfort, but she herself has never believed in ghosts. During her bleakest moment, however, she’s forced to rethink her entire way of looking at life and death, for her first love—a boy who died in battle—returns in spirit form. But what does he want from her?Featuring haunting archival early-twentieth-century photographs, this is a tense, romantic story set in a past that is eerily like our own time.
Posted by Mr Ripley's Enchanted Books on March 26, 2013

The Flame and the Key sounds awesome - and In the Shadow of Blackbirds sounds VERY interesting with those photographs mixed in. Shall have to keep a lookout for it.